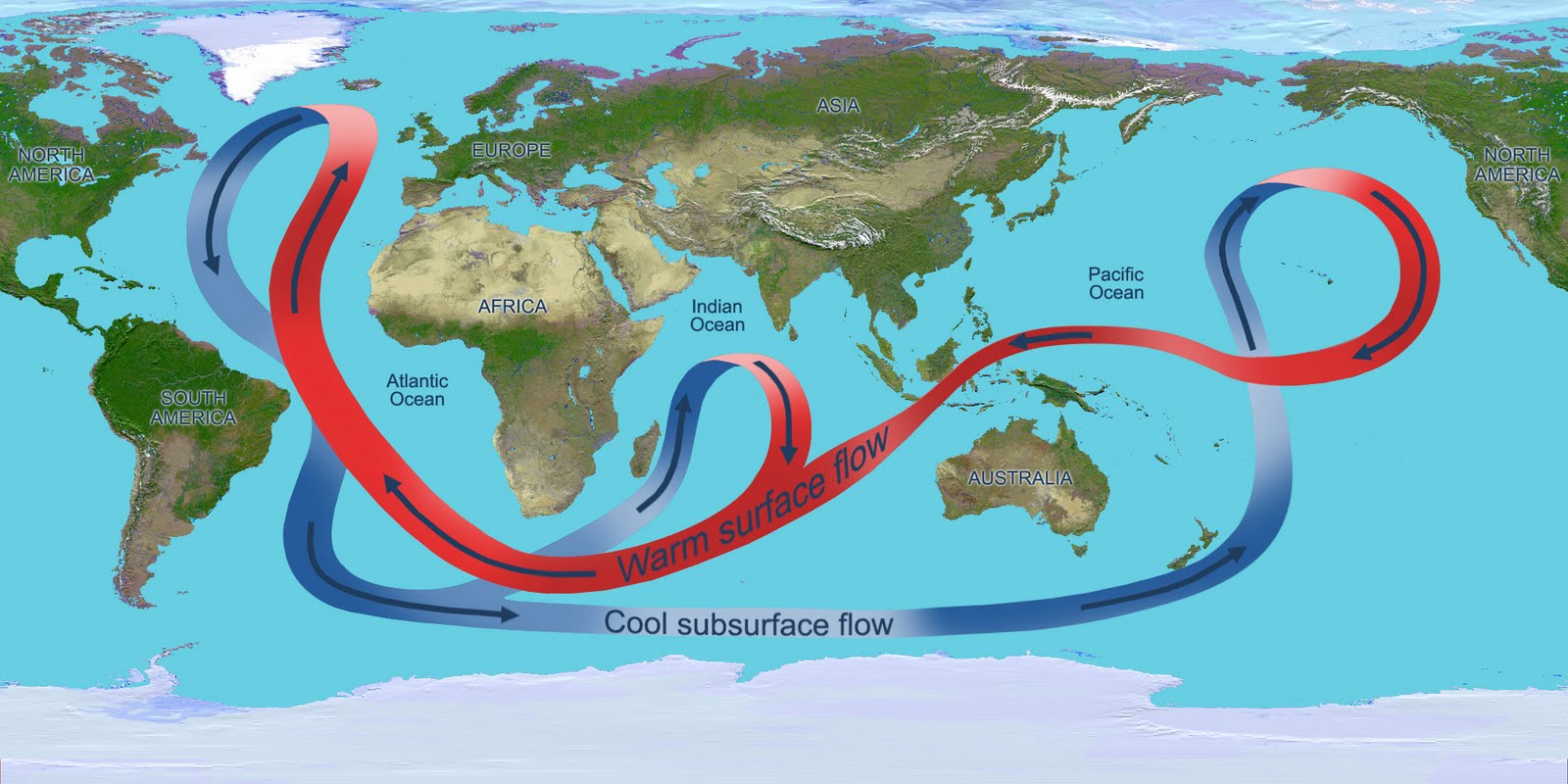 Pioneers of science like Pythagoras, Galileo, Copernicus, and Newton had beliefs that were mystical in nature.  The Christian God was very much on the minds of 18th- and 19th-century scientists.  Now it is a faux pas to mention God, but the religious impulse is still present in the human personality.

The scientific mind has not changed just because intellectual fashions have changed.  Galileo practiced astrology.  Scientists today are simply consumed by new mysticisms, like environmentalism and apocalyptic predictions of doom.  The current new mysticism is global warming.

The growth and persistence of mysticism in science are nurtured by the pervasive misuse of computers.  Computers make it easy to turn fake science into good-looking science and bad statistics into powerful-appearing evidence.

Jay Forester was an MIT professor and a pioneer in the computer modeling of real-world business and policy problems.  He became a member of the elitist Club of Rome, a group of self-appointed wise men who humbly assumed the task of planning the future of humanity, and convinced the club to model the world economy using his techniques.  The result was the book The Limits to Growth (1972), which predicted doom due to exponential growth of population and industry.  It was filled with computer-generated graphs showing shortages and crashes along with terrible pollution.

Now, 40 years later, there is no sign of the predicted doom.  The predictions reflected the fashions of the times.

My favorite book of that time is Famine 1975!, published in 1967.  In the ’70s, global cooling was a fashionable worry.  Of course, the computer maxim „garbage in, garbage out” applies.  With different inputs and different coefficients, the computer would have predicted a rosy future of never-ending prosperity and happiness.  Although the authors of The Limits to Growth surely believed what they wrote, they probably believed the same things before they wrote their computer programs.  The computers served as electronic Tarot cards.

The biggest and most influential practitioners of computer mysticism are the scientists using computers to predict global warming doom.  Their predictions are plagued by obvious problems.  For one, there are thousands of scientists screaming that the emperor has no clothes — but that doesn’t matter, because all objections are swept away by impressive computers used to mobilize the prestige of the computer age behind the fortune-tellers’ prognostications.

For decades, climate scientists have been trying to construct computer climate models to mimic the Earth’s climate.  Twenty-odd of these massively complicated climate models are used by the Intergovernmental Panel on Climate Change (IPCC) as the basis of their periodic reports — and those models disagree with each other about the most important number in global warming: the climate sensitivity.  Climate sensitivity is the estimate of how many degrees the Earth will warm if CO2 in the atmosphere doubles.  Some models say 2 degrees Celsius; others say more than 4 degrees.  Dissenters think it is more likely one half-degree.

Not only do the models disagree with each other, but they disagree with the Earth.  Top climate scientist Kevin Trenberth says that „the state of the oceans, sea ice, and soil moisture has no relationship to the observed state at any recent time in any of the IPCC models.”

An objective observer would conclude that climate models are interesting laboratory curiosities that need a lot more work.  But these models are the basis of predictions of global warming doom.  We are supposed to believe that the science is solid, and that practically every scientist agrees that unless we quickly switch to solar and wind energy, terrible things will happen.  It’s all pathetic nonsense.  The scientists who believe in the computerized predictions of doom have suspended their critical facilities in favor of the thrill of participating in a crusade.

The IPCC deals with the disagreement between the climate models by simply averaging the results together.  Its operatives claim, with no good justification, that this ensemble of climate models gives a better result than any one climate model.

Since the models disagree strongly about the effect of CO2 on the Earth’s temperature, it would not seem possible for all the models to reproduce the temperature history of the 20th century.  But this is made to happen by the expedient of manipulating factors other than CO2 — for example, ocean heat storage — to force the models to fit the 20th-century temperature history and allow for a pretty graph to impress the experts at the New York Times. This is actually a scandal, but it is so buried in scientific obscurantism that it goes unnoticed — except by those who critically study the techniques of the IPCC.  Prominent scientists have complained about this.  Their complaints are swept under the rug — ignored.

The manipulation and misrepresentation of climate models is only the most important example of IPCC duplicity.  There are innumerable books and articles critical of the IPCC.  An example is Donna Lamframboise’s book, The Delinquent Teenager Who Was Mistaken for the World’s Top Climate Expert.

One of the biggest logical problems with global warming is the early 20th-century warming, from 1910 to 1945.  That warming spell, during a time when industry was small and CO2 could not have been an important factor, is mysterious.  Nobody has more than speculative theories to explain it.  Yet the global warming believers insist that a similar warming during the late 20th century, from 1975 to 2002, was surely caused by CO2 and minor gases with a similar effect to CO2.

The graph below shows a one-year running average of official global temperature changes as compiled by the U.S. government.

The graph shows another problem with global warming.  For more than a decade, the Earth has not warmed, but cooled.  The apologists for global warming explain this away in various ways.  But if lack of warming continues much longer, it will cause the collapse of the global warming movement.

As can be seen in the graph, there are seemingly random variations in the global temperature.  Some of these are associated with changes in the Pacific Ocean called El Niño and La Niña, which usually take place every few years.  Other variations have no apparent cause.  These brief diversions from the general trend are described as chaotic variations.  The Earth’s climate is a chaotic system, in which future evolution is very sensitive to initial conditions — if a butterfly in Idaho flaps its wings, it could cause a hurricane in Mexico next year, to give a colorful example.  A chaotic system may make abrupt jumps rather than gradual transitions from one state to another.  For example, there are abrupt jumps in the graph above in 1945 and 2002.

The promoters of global warming cite chaotic variation to explain what they can’t explain any other way.  The scientists Delworth and Knutson published a paper in the journal Science that tried to explain the early-century warming as a manifestation of chaotic variation.  They searched through 900 years of model-simulated climate looking for a warming spell big enough, along with some other assumptions, to explain the 1910-1945 warming of the Earth.  They found such a warming in 4.8% of the 35-year segments in the simulated climate.  From this Delworth and Knutson concluded: „These results suggest a possible mechanism for the observed early 20th century warming.”

Usually, in science, you need 95% probability for evidence to be considered significant.  Delworth and Knutson have only 4.8%.  There is a 95.2% probability that their theory is wrong.  Their paper was published in Science only because all concerned, including the editors of Science, are true believers in global warming and will embrace any evidence that supports their belief, no matter how weak.  (It is also an unproven assumption that chaotic variation in climate models mimics the chaotic variation in the Earth’s climate.)

Einstein said on more than one occasion that God does not play dice with the universe.  The global warmers seem to think that the dice are loaded in their favor.  Chaotic variation is invoked to explain the recent absence of global warming as well as the robust early-century warming.  Whenever it is convenient, chaotic variation is used, and whenever it is inconvenient, it is ignored.

Protocols for the proper use of computers, computer models, and statistics do exist.  The temptation to abuse those protocols is irresistible.  Scientists are tempted by the desire to manufacture scientific progress, the desire to publish, and the desire to justify ideological visions like global warming.  Science, which should be an objective interpreter of the world, is reduced to a crude tool of politics and is put to political use by scientist trade unions, like the National Academy of Science.

When bad science is buried in computerese, it becomes difficult for anyone to figure out what is real and what is nonsense.