After 28 years of wedded bliss and 2 kids, I’m guessing I’m probably the Conversation’s resident marriage champ. (It was an arranged Hindu ceremony, I was 3 and she was 2.) And there’s nobody who can better attest to the joys and benefits of a traditional monogamous union.

That said, I’m not going to join the chorus opposing same sex marriage. First, I’m against restrictions on adults entering into voluntary contracts. Second, I see no reason why broadening the definition of marriage to same-sex couples devalues or diminishes mine. Finally, there’s the purely utilitarian Gilligan’s Island effect: if Skipper and Professor decide to wed in a tasteful lagoon-side ceremony, I’ve got Ginger and Mary Ann to myself at the wedding luau. And if it’s Mary Ann and Ginger hooking up, well… I’ll be in my bunk.

If there’s anything that gives me pause about SSM, it’s the thuggish tactics of some of its most vocal proponents. It’s hard to take a „human rights activist” seriously while he’s beating someone over the head with a „NOH8” placard for holding the same position Barack Obama held until 5 minutes ago.

So yeah, in a secular society maybe it’s time for opponents to recognize a rational basis for legal SSM. But it’s also time for supporters to recognize they are espousing a position that every society in the first 99.99% of human history would have considered nuts.

The problem, I think, is that marriage uniquely represents a religious sacrament that doubles as an official secular legal status. We don’t have laws, for example, that recognize someone’s baptism or confirmation. Because of that duality of marriage, attempts to expand its definition naturally are seen as an attack on religion, while attempt to restrict its definition are seen as the imposition of religion on society. Everybody gets mad and yells.

The solution Maybe it’s time for government to get out of the whole marriage business altogether. Or at least to treat it as a standard civil contract between adults conferring certain privileges (wills, powers of attorney, co-ownership) and obligations (say hello to alimony and the marriage tax penalty, Bert and Ernie). Don’t want to call it „marriage” Fine, call it a civil union, domestic partnership, blancmange, whatever, leave it open to any pair of consenting adults. Leave the holy sacrament business to churches, and if First Lutheran or Immaculate Conception or Temple Beth-El don’t want to bestow the title of „married” on a same sex couple, that ought to be their own business. You get married at a church, you get blancmanged at the county courthouse.

Maybe then we can get back to talking about our $16 trillion debt.

Gotta go, the wife is yelling. 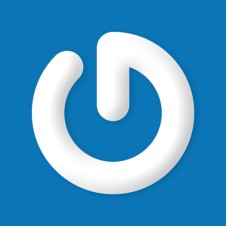