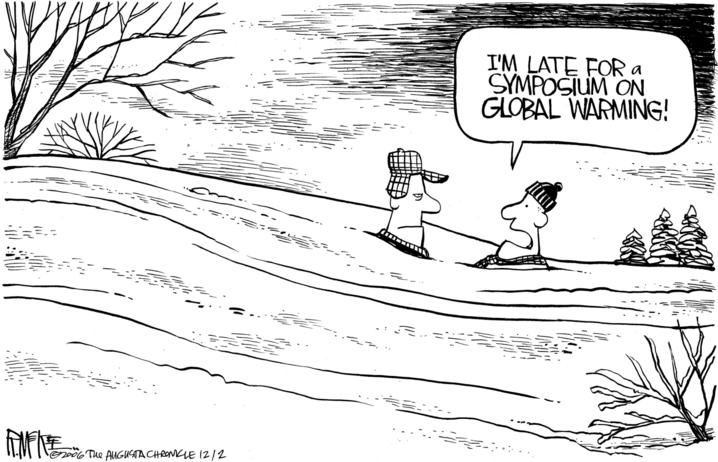 How many lies can you fit into one environmentalist ad?

The Environmental Defense Fund—the Hollywood-connected left-wing group depicted as green heroes in such sitcoms as How I Met Your Mother and Curb Your Enthusiasm—has a new series of ads promoting President Obama’s so-called “climate agenda.”

The President’s plan includes the War on Coal—an effort to shut down all coal-fired power plants—and other strict restrictions on emissions of carbon dioxide. If fully implemented, those restrictions will cripple the U.S. economy in a fruitless attempt to fight Manmade Global Warming. (If one accepts the projections of the plan’s supporters, the temperature reduction by the end of the century will be about 1/189th of a degree, compared with doing nothing.)

The EDF advertisements are aimed primarily at Republican members of the U.S. Senate. According to Politico, online ads will target Republican senators in Arizona, Illinois, New Hampshire, and Pennsylvania, as well as Senator Bob Casey (D-Pennsylvania). The ads are not aimed just at EDF’s foes.  In some cases, the ads are intended to shore up the positions of Senators who might waver in their support for the environmentalists.

Reportedly budgeted initially at $400,000, the campaign includes a full-page advertisement in the Washington Post and ads blanketing the subway stop at Union Station near the U.S. Capitol.

Here’s one of the ads:

[See the ad on the EDF website here. A backup copy is here.]

Every sentence in that ad is a lie except perhaps for the claim that “Unlimited pollution isn’t good for any of us.” Come to think of it, even that line is misleading, because the EDF uses a definition of “pollution” that defies science and good sense.

Let’s go through the ad line by line. First, the headline: “Should we have reasonable limits on carbon pollution from power plants? Or no limits at all?”

At what point since the creation of government controls on power-plant pollution have there been “no limits” on carbon emissions?

Most normal Americans see the word “carbon” and think of the black carbon stuff that you find in a fireplace (which, when it gets into the air as fine particles, we call “soot”). Or perhaps they think of carbon monoxide, which people sometimes use to commit suicide. But when the EDF uses the term “carbon pollution,” the group is referring not to those things, which have long been subject to government restrictions, but to carbon dioxide (CO2). Carbon dioxide is neither soot nor something one would use in a suicide; it is an odorless, invisible gas that makes up 1/2557th of the earth’s atmosphere, that is emitted by humans and all other animals when they breathe (and by plants at night), and that serves as the basis for life as we know it.

Again, the effectiveness of the ad depends on people not knowing the difference between carbon dioxide—the tiny amount of odorless, invisible carbon dioxide in the atmosphere—and other forms of carbon such as carbon monoxide or black carbon (soot).

The ad continues: “The Administration has proposed changing that [the lack of limits on carbon pollution], with a plan that even the utility American Electric Power says can reduce pollution ‘without a major impact to customers or the economy.’” Putting aside the further reference to as “pollution,” that statement is false because the quote doesn’t reflect what the AEP spokesman actually said.

Nick Akins, CEO of Ohio-based American Electric Power, one of the nation’s largest utilities, said in an interview Tuesday that as long as utilities like his are given enough time to transition to a cleaner fleet of power plants, Obama’s plan can be carried out “without a major impact to customers or the economy.”

The context is unclear, given that the reporter’s interview with Akins was reduced to a single nine-word partial quote, but it’s obvious that Akins qualified his remark. He said that there would be no major impact to customers or the economy provided that, in the reporter’s paraphrase of Akins, “utilities like his are given enough time to transition to a cleaner fleet of power plants.”  In other words, the President’s proposals are good provided that the bad parts are left out. That’s a ringing endorsement, isn’t it?

Other remarks by Akins are consistent with the idea that the “without a major impact” comment is conditional.  For example, Dan Testa of SNL Power Daily wrote:

“If you get into greenhouse gas requirements too quickly on existing units, you are going to take a broad swath of the entire coal fleet in this country out, and that is not where we need to be,” AEP President and CEO Nick Akins said. . . .

The crux of Akins’ position on new greenhouse gas standards for existing power plants was that any new regulations need to be done gradually, and with consideration for grid reliability, as well as for the regressive impact of higher electricity rates on low-income customers.

“Certainly from a recovery perspective, we are going to see plants retired, jobs go away, in 2014, ’15 and ’16 based upon HAPs/MATS [so-called Hazardous Air Pollutants and Mercury and Air Toxics Standards regulations] at this point. You would just further exacerbate that situation if we move too quickly with greenhouse gas on existing units,” he said. “So I’m hopeful that people have learned a little bit in this process about the impacts it has on the grid.”

As for the Business Roundtable quote that supposedly indicates support for the President’s proposals, here’s the relevant part of the Roundtable’s press release:

“The President’s proposals today are a mix of commonsense steps we can all support – such as increasing energy efficiency across all sectors of the economy – and measures that will require additional careful attention to ensure they can be deployed in an equitable and effective global framework. For instance, we look forward to reviewing how the Administration plans to regulate emissions from existing power plants. Partnering with industry and stakeholders will be critical to a smart, economically sound approach.

“The Roundtable has advocated for increased permitting of alternative energy projects and collaboration between the public and private sectors on technology, efficiency and transmission investment, and is pleased to see a renewed commitment from the President.

“Significant changes to the U.S. tax code should be made only within the context of comprehensive tax reform, not on an ad hoc basis targeting specific industries.”

The Roundtable’s position is that “The President’s proposals today are a mix of commonsense steps we can all support – such as increasing energy efficiency across all sectors of the economy – and measures that will require additional careful attention to ensure they can be deployed in an equitable and effective global framework” etc.

Read that again: “a mix of commonsense steps we can all support . . . and measures that will require additional careful attention . . . ”

In other words, the President’s proposal has some aspects that the Roundtable supports and some that it doesn’t support.

By taking a small portion out of context, leaving out the rest of the sentence and the rest of the press release, EDF makes it seem that the Roundtable was endorsing the President’s proposals, when it fact the organization was diplomatically announcing its opposition to critical aspects of the Obama plan. Think of the member of Congress who says that “My esteemed colleague makes some good points, but some of his arguments do not bear strict scrutiny” as a polite way of saying, “What a moron!”

Because their arguments are so weak, radical environmentalists rely on deception to get their way. Their goals have little to do with pollution and a lot to do with power—the kind of power that comes with controlling carbon dioxide, which is emitted by all humans and by every plant and animal in the forest.

Anyone with power over carbon dioxide has power that is virtually unlimited. Giving such power to unelected, unaccountable, anonymous bureaucrats, some of whom were attracted to government “service” because of the rush they get from controlling the lives of others, is suicide for our economy. Doing the bidding of EDF zealots is like starting up your car’s engine with the garage door closed.