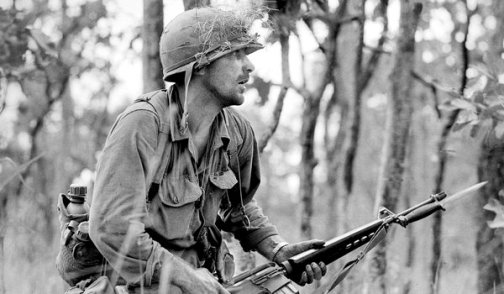 My father began his military career in the United Kingdom at the age of 16 before coming to the United States and remained a member of the military until his retirement at age 50. It is strikingly appropriate that we refer to military service and those engaged in it service members. Service, to each other, their country and their communities, permeates the very core of members of our military and is the basis on which they so often display the very best characteristics of human kind. Those attributes–valor, honor, and self sacrifice-were the same attributes displayed in brilliant relief against a backdrop of tragedy on September 11, 2001.

My father’s deeds as a member of the military have been detailed, most touchingly, by the men he served with, men that I am privileged to have met, to know, and to recognize in them the same strength and determination I so often associate with my father. I grew up unaware of what my father had done during his time in the military, aside from a few anecdotal stories more focused on the men he served with than his own actions. He told me about overturning a jeep filled with ranking officers, training future officers as a tac officer and generally causing his radio/telephone operator stress, but he never took credit for what they accomplished as a team.

It was in my father’s daily life that I witnessed him display his commitment to serving others so often, whether it was rushing home on a winter’s night to find a sleeping bag for a homeless man, interrupting a neighbor’s barbecue over concerns about the amount of smoke, or performing CPR on an elderly man in a restaurant. There was never an abdication of responsibility, never a sense that it wasn’t his job or his place to interfere.

On September 11, 2001, when I saw the World Trade Center buildings collapse, I knew that my father was doing what he had always done, serving others. I held out hope that, in true Rick fashion, he would emerge from the rubble, covered in dust and still in charge. When the smoke cleared and he didn’t rise, the one question my family never asked was why. For my father and so many others that lost their lives that day trying to help others, there simply was no other choice.

Because of the tremendous number of stories of self sacrifice, it is truly fitting that we pay homage to those lost on September 11th with a day of service and remembrance, honoring their bravery and commitment to others by re-dedicating ourselves to our communities. It is the highest praise and tribute we can give them to say that they inspired us to find what is best in ourselves and share it with others.

Kimberly Rescorla, is a lawyer in New Jersey. Her father, a Vietnam veteran, was head of security for Morgan Stanley, which had offices in the World Trade Center. He implemented regular evacuation drills with the staff and on 9/11, he made sure that all but six of Morgan Stanley’s 2,700 employees made it out. Four of the six, were Rescorla and his three deputies who were evacuating the building.