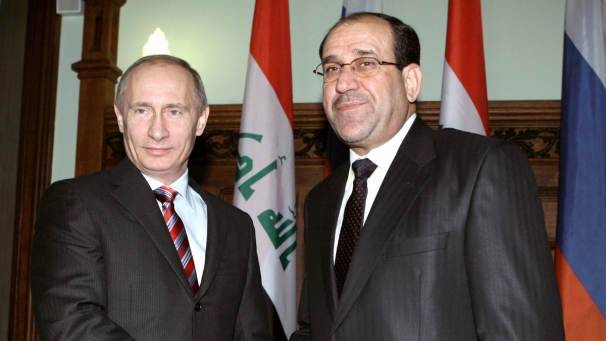 In a recent interview with the Voice of Russia radio, Iraqi Minister of Foreign Affairs Hoshyar Zebari confirmed that Iraq would receive its first supply of arms shipments from Russia before the beginning of the summer, at the latest.

Russia is currently waiting for the Iraqi parliament to approve its 2013 federal budget, which has earmarked its first payment of the $4.2 billion total to Moscow for the weapons deal.

The deal was originally announced on October 9, 2012, following a meeting between Iraqi Prime Minister Nouri al-Maliki and his Russian counterpart Prime Minister Dmitry Medvedev, in Moscow.

Unconcerned about what the United States would have to say about the sale, Prime Minister al-Maliki insisted, “Iraq needs Russia’s support in building up its military and defense areas, in order to protect the country from terrorism.”

The deal appeared to collapse when “Ali al-Mussawi, the media advisor to the Iraqi prime minister, announced in December 2012 the cancellation of the arms deal with Russia,” amidst “corruption concerns,” according to Al-Monitor.

Now, however, Iraqi Foreign Minister Hoshyar Zebari noted otherwise during his interview. “Iraq and Russia will proceed with the arms deal signed by Maliki during his most recent visit to Moscow,” he stated.

Al-Monitor reported that earlier this year:

Maliki sent a delegation of army officers and weapons experts – headed by Iraqi Deputy Chief of Staff of Operations for the Iraqi Joint Forces Headquarters Gen. Aboud Kanbar – to Moscow to renegotiate the arms deal.

Iraq, according to Al-Monitor, “lacks defense capabilities to protect its border, airspace and maritime territory.” While still receiving U.S. aid, Iraq has turned again to Russia for its security needs.

Prior to the 2003 U.S.-led invasion of Iraq, which ousted Saddam Hussein and his Ba’athist Arab Socialist regime, Russia was the main exporter of arms to Iraq.

Now, after eight years of U.S. interventionism in Iraq, Baghdad remains a client state of Russia.

Both Sunni and Shiite factions in Iraq’s parliament are in agreement to return to pre-war arms arrangements with Moscow, maintaining high-level contacts with the Kremlin.

In October 2012, the Rossiyskaya Gazeta quoted Medvedev corroborating the continuity of this policy. “Despite the dramatic developments of recent years, we maintain contacts on the highest levels, and I am confident that this will help promote friendship, cooperation, and mutual understanding between Russia and Iraq,” Medvedev said.

This becomes even more ironic considering the following remarks given by Vice President Dick Cheney during a speech in Italy in September of 2008. “Russia has sold advanced weapons to regimes in Syria and Iran. Some of the Russian weapons sold to Damascus have been channeled to terrorist fighters in Lebanon and Iraq,” Cheney said.

For Russia, this will be its largest foreign military deal since 2006, and it also demonstrates its increasing influence in the Middle East, while that of the United States and the West as a whole continues to wane.

Meanwhile, Turkish Prime Minister Recep Tayyip Erdogan has expressed his desire to withdraw Turkey from talks over its long-proposed membership in the European Union, opting instead to join the Shanghai Cooperation Organization (SCO), which is an economic-military pact headed by Russia and China.

“I told Russian President [Vladimir] Putin, ‘You should include us in the Shanghai Five and we will say farewell to the European Union,’” Erdogan said about his prospects of joining the SCO. Pakistan and India, also allies of the United States during the previous administration of President George W. Bush are now moving toward Moscow’s orbit, as Russian President Putin has encouraged their speedy membership into the SCO.

Although Iraq has made no formal request about joining the SCO, at least not publicly, its neighbor Iran has. Considering also Baghdad’s currently increasing, friendly relations with Moscow and Tehran, the thought of an SCO/Russia allied-Iraq may not be that far–fetched, thus spelling greater uncertainty for the future role of the United States overseas. 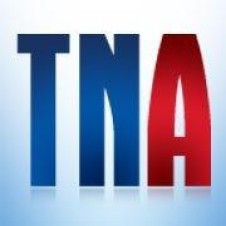