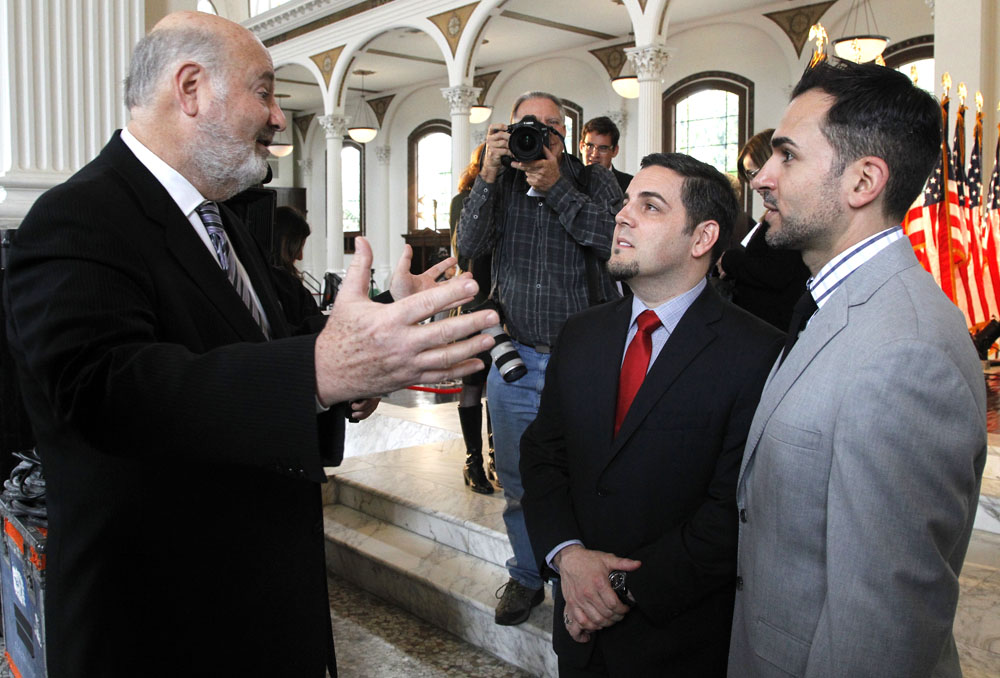 Scholars have filed more than 50 amicus briefs with the Supreme Court urging it to uphold California’s Proposition 8 and the federal Defense of Marriage Act (DOMA). While the media seems intent on ignoring these briefs and hyping the briefs on the other side, the sheer number and quality of the briefs in defense of laws recognizing marriage as the union of a man and a woman is impressive.

During the Supreme Court’s 2011-2012 term, an average of only 10 amicus briefs per case were filed. And in the historic landmark case of Roe v. Wade, only 26 total amicus briefs were filed.

By comparison a combined total of 58 amicus briefs were filed in support of Prop 8 and DOMA. The pro-marriage arguments are deep, rich, well-reasoned, common sense- and common good-based, and worthy of serious reflection by the Court and any other American interested in the future of our most important social institution.

Here are just a few of the arguments:

Family law expert Helen Alvare argues that society’s interest in the upbringing of children and marriage’s unique ability to serve that interest explains the government’s involvement in marriage. Tracing the consequences of the past half century’s “retreat from marriage,” and its disparate effects on America’s poor, Alvare argues that redefining marriage to exclude sexual complementarity would cause social harms to increase. The consequences of redefining marriage is the focus of the amicus brief that I filed with my co-authors Robert P. George and Sherif Girgis.

Given the near-universal view, across different societies and different times, that a principle, if not the principal, purpose of marriage is the channeling of the unique procreative abilities of opposite-sex relationships into a societally beneficial institution, it is clear that same-sex and opposite-sex couples are not similarly situated with respect to that fundamental purpose.

Indeed, a group of historians and other professors explain the historical consensus that existed prior to the year 2000: “While the procedures and incidents of marriage have varied over time and across cultures, its primary form and legal meaning have remained remarkably constant. … Marriage as an opposite-sex institution is a universal phenomenon.”

A team of social science professors present the scientifically robust data that exists on family structure and child wellbeing.

Indeed, the only studies that were based on large, random, representative samples tended to reveal … significant differences in the outcomes of children raised by parents in a same-sex relationship and those raised by a married biological mother and father. What is clear is that much more study must be done on these questions. But there is no dispute that a biological mother and father provide, on average, an effective and proven environment for raising children. And it is reasonable to conclude that a mother and father function as a complementary parenting unit and that each tends to contribute something unique and beneficial to child development.

Eminent political scientists Leon Kass and Harvey Mansfield caution the Court against accepting politicized science: “Claims that science provides support for constitutionalizing a right to same-sex marriage must necessarily rest on ideology. Ideology may be pervasive in the social sciences, especially when controversial policy issues are at stake, but ideology is not science.”

The Attorneys General for 20 states defend the rational basis of their states’ marriage law and the irrationality of redefining marriage: “No limiting principle for excluding other groupings of individuals.” And 37 scholars of federalism and judicial restraint argue that “[p]rinciples of federalism and judicial restraint urge this Court to exercise caution when considering the expansion of constitutional rights in areas of contentious social dispute.” The laboratories of democracy-not unelected judges-should make marriage policy for the nation.

Sexual orientation is neither a “discrete” nor “immutable” characteristic in the legal sense of those terms.… Scholars do not know enough about what sexual orientation is, what causes it, and why and how it sometimes changes for the Court to recognize it as the defining feature of a new suspect class.

A brief from the Concerned Women for America points out that gay and lesbian Americans are hardly a politically powerless class. In fact, they have the President of the United States advocating on their behalf. If marriage policy is to be changed, it ought to be done legislatively.

While the media takes little note of their voices, many Americans who experience same-sex attraction are opposed to redefining marriage. Two separate briefs (here and here) make their case.

Likewise, two additional briefs (here and here) argued that laws defining marriage as the union of a man and a woman are nothing like laws that prevented African-Americans and whites from marrying. The Becket Fund for Religious Liberty argues that when courts create rights to same-sex marriage they create new hazards for religious liberty.

Many, many more briefs could be highlighted, and the Alliance Defending Freedom has listed a selection of them here. In the coming days Heritage will spotlight in greater detail these briefs. Marriage matters and the Court should recognize the Constitutional authority of citizens and their elected officials when it comes to making marriage policy.