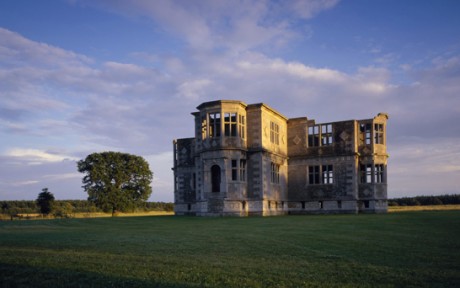 Please excuse the radio silence: I’ve been at my old school Malvern College all week, poisoning the minds of the young with my dangerous views on sustainability, climate change, „biodiversity” and other sacred green cows. But a lot of the time, it has to be said, my work wasn’t necessary. In one geography class specifically dedicated to climate change, the first kid to stick up his hand said: „What’s wrong with the world getting warmer anyway? It will mean we get nicer summers!”

Which is what the kids would no doubt refer to as an epic fail for all the official propaganda we’ve been fed these last few decades. The boys and girls in that particular class would have been precisely the target audience at which the Labour government aimed its infamous Bedtime Stories advert, the £6 million effort in 2009 commissioned by the Department of Energy and Climate Change to scare impressionable kids witless with tales of a hideous carbon monster which was going to drown their puppies. If the enviro loons can’t even manage to brainwash the young with their lies, spin junk science, what chance do they have with grown ups?

If I hadn’t been so busy taking classes – never, EVER will I be rude again about the long holidays teachers get: God, they deserve them! – what I would have done much earlier is to draw your attention to this glorious story at the Register. What it shows is that not only do people not care all that much now about „climate change” – but that actually, they never really did. Not in a serious way.

As Lewis Page puts it:

The new information comes in a study released by the National Opinion Research Center at the University of Chicago – a large, long-standing and respected non-profit. The results are based on surveys which began in 1993, back in the boom times, and “are the first and only surveys that put long-term attitudes toward environmental issues in general and global climate change in particular in an international perspective,” according to NORC’s Tom W Smith.

According to a NORC statement issued yesterday:

The economy ranked highest in concern in 15 countries, followed by health care in eight, education in six, poverty in two, and terrorism and crime in one country each. Immigration and the environment did not make the top of the list in any country over the 17-year period; in the United States, the economy ranked as the highest concern, while concern for the environment ranked sixth. In terms of national averages, the order of concern was the economy (25 percent); health care (22.2); education (15.6); poverty (11.6); crime (8.6); environment (4.7); immigration (4.1); and terrorism (2.6), the surveys showed.

Not, of course, that public opinion makes the blindest difference to whether something is true or not. It’s just that in this particular instance, of course, public opinion is dead right. Which does make you wonder, though, how it is that the greenies have been able to cause so much mayhem for so long. I hardly need to list for you here the many terrible things that have been done in the name of „saving the planet” and „combating climate change”. We’re talking everything from the trashing of our beautiful landscape with wind farms to the thousands of deaths caused by fuel poverty to the sabotage of the global economy. If – as seems to be the case – this all seems to have done on the say-so of a shrill minority with whom most people, it now turns out, disagreed, then I think we have a right to be even more angry than we were already. Angry, not least, with ourselves for letting mendacious scuzzballs get away with it.

Still, the tide does seem to be turning.

Today, you may have noticed, we had the most tremendous result: the High Court ruling overturning the Planning Inspectorate’s bizarre decision to allow the Duke of Gloucester to erect four 415 foot wind turbines just a mile from the glorious National Trust property of Lyveden New Bield. This was one of the reasons I stood – briefly – as the Anti Wind Farm Candidate in the Corby by-election. I’d just moved into the beautiful and underrated county of Northamptonshire and a local anti-wind farm group invited me over to Lyveden New Bield to inspect the property which was about to be ravaged as a result of yet another posho absentee landlord’s greed. The house itself is just a ruin – or rather, a shell: it was never actually completed. But the reason it’s well worth visiting is to see the remnants of one of the greatest gardens of the Elizabethan age.

There’s more to be said on this – especially concerning the disgraceful role of the Duke of Gloucester, but I shall save that for another occasion. I’m jolly exhausted after my (nearly) week’s tutoring the young in the ways of truth and righteousness. Off now to the gym for a sauna.