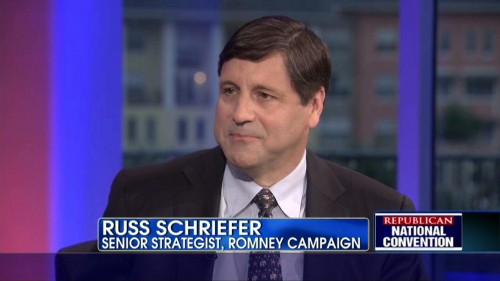 Beeson was encouraged by the general advantage in enthusiasm he sees among Republican voters, particularly since the first presidential debate.  ”Intensity is on our side in this,” added Newhouse.  ”Intensity drives turnout.”

The Romney campaign sees the electoral landscape as generally tilted against President Obama, with a general air of disapproval for his job performance, and an increasingly positive attitude toward his prospective replacement.  Newhouse noted that Obama is 8 to 10 points in the hole on his Strong Approval vs. Strong Disapproval polling numbers, which he viewed as foreshadowing the voting pattern to come on November 6.

The team was encouraged by Romney’s strong performance in early voting and the get-out-the-vote “ground game,” where even state operations smaller than Obama’s have been matching or exceeding the opposition’s performance.  Newhouse cited Obama’s far weaker showing in Florida early voting, a good 70 percent below his 2008 levels, as evidence that it’s a “stretch” for pollsters to assume the 2008 electorate – or one even more favorable to Obama – will reappear in 2012.

In Ohio, Newhouse noted that redistricting makes precinct-to-precinct comparisons with 2008 difficult.  Instead, he drew encouragement from counties John McCain carried in 2008 posting higher early voting totals than Obama counties.  Romney has built an even more formidable early advantage in Colorado.

In some other swing states, there is evidence to suggest that Obama is not racking up the early-vote lead in certain key areas that would help him secure an overall victory on Election Day.  Newhouse saw the Democrats as falling behind the pace needed to build up the 130,000-vote early lead they need to win Iowa, where Republicans have actually scored a small advantage in voter registration.  In a similar vein, the necessary 80,000 vote lead in Nevada’s Clark County doesn’t seem to be materializing for Obama, giving the Romney team hope of carrying the state on Election Day.  (It was noted that Obama’s campaign appearance in Nevada is significant evidence that he knows he has problems there.)  The dramatic collapse of Obama’s early vote edge in North Carolina and Florida has made those states extremely difficult for him to pick up.

Newhouse offered a reminder that various polling organizations define “likely voter” in different ways, and the best polls are those which most carefully screen out unreliable voters.  He cited the Pew survey as an example of an absurdly thin likely voter screen, as it treats fully 96 percent of registered voters as “likely.”  This goes back to the point about voter enthusiasm, which accounts for much of the difference between registered voters, and those who will reliably cast actual ballots.

Much encouragement was found in Romney’s lead among independent voters, with national polls over the last ten days producing a huge 11 point average lead for the Republican.  Newhouse noted that 10 out of 14 polls in Ohio over the last two weeks have given Romney an average 6 point lead with independents; to lose the state after building such a lead would contradict long political history in Ohio.

After the conference call, some data to back up the Romney team’s feelings on Nevada was delivered by the Republican National Committee: “Republicans narrowed the gap on early voting in Clark County by almost 9 points compared to 2008. (Republicans up 3.4%, Democrats down 5.4%.) Republicans have experienced 33 percent growth in Clark County early voters compared to this point in 2008, adding over 27,000 voters to our total. Democrats have grown by less than 8 percent, adding fewer than 12,000 voters to their total. Republicans are on pace to come out of Clark County early voting down fewer than 60,000 votes out of nearly 470,000 cast. This is a huge shift from 2008, where Republicans trailed by nearly 84,000 votes out of only 390,000 cast.”

The RNC memo also emphasized something about the early voting picture that doesn’t augur well for President Obama: “Democrats have cannibalized their most likely voters to try to maintain their margins in early voting. Through eleven days of early voting, over 57 percent of Democrats who voted in all four of the last four general elections had already requested an absentee ballot or voted early. That means Republicans have 30 percent more of our most reliable voters still available on Election Day.” 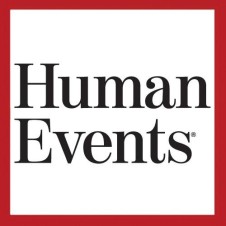 3 Comments → The Romney campaign discusses the state of the race