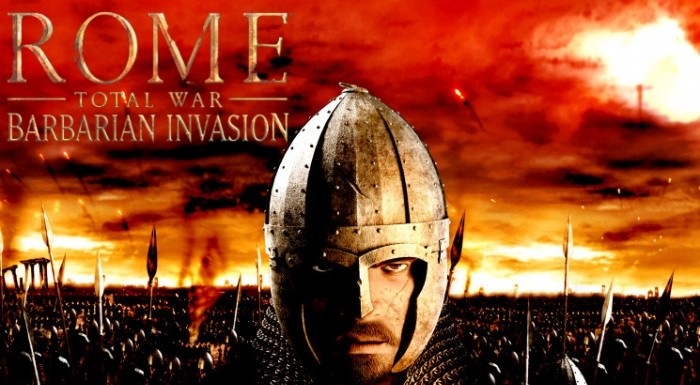 Barbarian Invasion (27 September 2005)  is the first expansion for the personal computer game Rome: Total War which takes the action forward to the period of the decline of the Western Roman Empire. The Rome Total War Gold Edition includes both the original game as well as the Barbarian Invasion expansion pack. The campaign begins in 363 AD and ends in 476 AD. If the player has not achieved the campaign goals in 476, an option to quit or to continue the game is presented. The expansion includes simulation of the religious tension of the period, as three major religions (Christianity, Zoroastrianism and Paganism) fought for dominance. Also depicted are the great migrations of the Germanic and steppe peoples (notably the Huns) throughout Europe. However, unlike Rome: Total War, all of the factions that are playable are playable at the start of the game, whereas in Rome: Total War, only three factions are playable and the other playable factions have to be unlocked by either destroying them or winning the campaign.

As Barbarian Invasion takes place 349 years after the end of the original game, factions and provinces are very different. Although the Roman Senate still exists it no longer has significant power, thus playing no role in the expansion. Rome has become an empire, grown and then split into Western and Eastern empires, ruled from Rome (although historically the Imperial Court was situated in Milan from 286 to 402 and, from then on, Ravenna) and Constantinople respectively. The majority of the known world is under the domain of the Roman Empire, from Britannia to Egypt. The subject regions of this empire represent the former factions of the original Rome: Total War game all of which have been absorbed into the Empire. The Seleucid Empire has collapsed and has been absorbed by Rome and former Parthia; the Parthian dynasty itself has been overthrown and replaced with the Sassanid dynasty, which rules the lands beyond the Euphrates. Dacia has been conquered by the Goths, and Numidia has been entirely replaced by Berbers. The Huns have invaded Europe, and several major Germanic tribes have unified and strengthened to the point where they are now capable of invading the Empire itself.