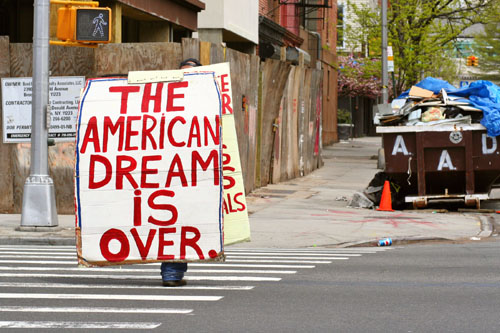 What is your American dream?  That is the question I think you should ask yourself before you cast your ballot tomorrow.

Tonight as I worked from my DC office, preparing for election day tomorrow, I happened to scroll through Facebook and I ran across a post that put it all in perspective for me.  The post is from a personal friend and Oregon business owner Kevin Simpson:

Closing down my American dream business today. We began in March of 1999 with money we received from our tax return. We worked hard and by 2007 we had seven full and part time employees with retirement plans and health insurance. 2007 was our peak and every year since has been like walking on a greased slope. We laid off all our employees, spent all our reserve savings, sold off most of our equipment, shut down our shop (broke our lease) and moved it to our home. We set up in a corner of the garage. For the last two years I’ve been collecting unemployment but that has run out.  As a condition of unemployment I have been have been applying for jobs. I have responded to over twenty five ads for electrical supervisors, and I received one letter saying basically, ‘thanks but no thanks.’ For those of you who are my friends and you voted for Obama I forgive you, because you clearly dont know what you are doing. Obama has never ran a business and yet we the people positioned him to run our country, out of money and into the ground. Talk about setting someone up for failure. That’s insanity! I dont think this is a democrat/republican thing, it’s about spending money we dont have. My business ceases to exist because it costs more to operate than it takes in.

Sadly, I can say that as I’ve traveled the country the past two years, I’ve seen this story play out over and over again. In fact, the Obama economy and its devastating effect on small business is the reason I am no longer working in our family small business today.

Many decent, hardworking American entrepreneurs have had to shut their doors and cease to exist. It saddens me to know that these are the same people who are demonized for wanting to create wealth, to employ people and to create a better life; not by taking from others, but by creating something of value and bringing it to market. For them and the people they once employed, their American dream is currently a nightmare. Even though Kevin is a skilled laborer, he struggles in this economy to find a job and provide for his family.

It’s easy to get caught up in wanting to win elections. At times we forget about the human element of bad policy. But tomorrow, when you vote I’d ask you’d do me a favor; think about the Simpson family. Also think about the tens, possibly hundreds of thousands of small business owners who have met a similar fate.

Our economy and our nation will not rebound from government spending. An additional $5 Trillion in debt over the last four years has proven as much. We have dug a hole that will take much sacrifice and many years to emerge from. We must choose a different path. We must decide whether or not we’re going to still be a nation of dreamers and doers or a nation who simply has seen its best days.

Thomas Jefferson summed it up quite nicely in 1816 „To preserve … independence, we must not let our rulers load us with perpetual debt. We must make our election between economy and liberty, or profusion and servitude.”

Which will you choose? Debt and servitude or economic liberty? 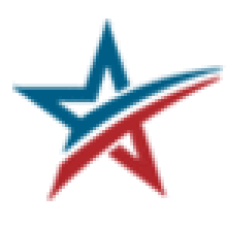