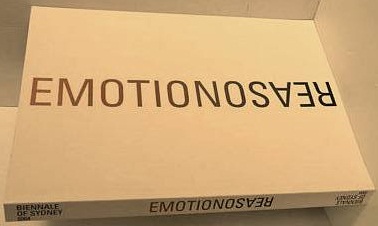 The Republican defeat in 2012 was a difficult blow, especially coming after the victories of 2010, and its lessons are still being argued and absorbed. Different schools of thought have emerged and different conclusions are being drawn from what took place several months ago. These necessary debates confront us with our weaknesses and prepare us to claim the victories to come.

Last month, Bruce Thornton wrote an article for Front Page Magazine containing his diagnosis of the defeat. That article, “It’s Not the Message, It’s Not the Messenger, It’s the Voter,” argued that the conservative message had been properly polished and had reached its intended audience, but that the average voter was not receptive to that message because he was unwilling to give up the comforts of the social safety net and the welfare state.

“Only the stupid or willfully inattentive haven’t heard that we face a financial abyss waiting at the end of our entitlement road, that entitlements need to be reformed, that we have an exploding debt and deficit crisis, that a ‘tax the rich’ policy only produces chump-change for solving that problem, that Obama’s economic policies have bloated the federal government at the expense of jobs and growth, and that Obama himself is the most left-wing, duplicitous, partisan, and incompetent president in modern history,” Thornton wrote.

In a Front Page follow-up article to that, “Messengers, Messages, and Voters, Part 2,” Thornton expanded his theme using historical references to Ancient Greece and the Founding Fathers to depict the universal franchise as an aberration that would always lead people to place their own private good above that of the national good.

“So unless one believes that human nature has evolved beyond passion and self-interest so that today a critical mass of voters will consider principle and the good of the whole even at the cost of their own interests,” Thornton wrote, “we still face the same problem that troubled earlier critics of democracy.”

In response to that first piece, David Horowitz took a different position. In his article, “It’s the Message and Yes the Messengers – NOT the Voters,” he argued that there was indeed a messaging problem at the heart of the defeat. He linked this problem to a continuing underestimation of the left and their tactics, as well as a lack of sufficient aggressiveness on the part of conservative campaigners.

“Republicans didn’t lay a finger on Obama and the Democrats for their wars against women, minorities and the middle class. They hardly mentioned the suffering of these groups under Obama’s policies,” he wrote.

This theme is further elaborated on in his new pamphlet in an article that appeared on powerlineblog.com called “Go For the Heart: How Republicans Can Win.” There he writes, “The only way to confront the emotional campaign that Democrats wage in every election is through an equally emotional campaign that puts the aggressors on the defensive; that attacks them in the same moral language, identifying them as the bad guys.”

Horowitz argues that the primary organ is not the head, but the heart, and that rational arguments go nowhere unless they connect to emotional narratives. While the reasoning person may be expected to rationally process and accept a message of small government, low taxes and personal freedom, this message will not connect unless it goes for the heart, rather than the head.

Americans are not a nation of takers, Horowitz says, they are coping with uncertain and difficult times without a clear sense of direction. They have been misled by the left’s false narratives and the ineptness of the right in challenging those narratives.

“When Democrats tell their underdog story it is not an abstraction but a powerful, polarizing, emotionally charged attack on their Republican adversaries. In the Democratic narrative, Republicans are cast as oppressors,” Horowitz warns. “How can you win a war when the other side is using bazookas and your side is using fly swatters?”

Both Horowitz and Thornton agree that the people are not perfect or ideal, but Horowitz argues that this requires a change of tactics. Rather than dismissing the possibility of winning the argument, the Republican Party must instead learn how to make the arguments that bypass the head and go for the heart.

While Thornton focuses on the head as the primary aspect of man, a reasoning creature who thinks and only then acts, and whose actions spring from rational or rationalized motives, Horowitz argues that man should be viewed as less rational and more emotional, as a heart rather than a head. Man thinks less and feels more. It is these feelings that drive him and move him, activating his moral senses and his sense of self-interest.

2012 was not an election of thinkers or takers, in Horowitz’s view, but an election that was won on the ability of the left to manipulate emotions, to banish hope and inspire fear. And his advice to conservatives who want to win is to focus less on the rational argument and more on the emotional argument. To tell the story, rather than display the pie chart. To worry less about the head and more about the heart.