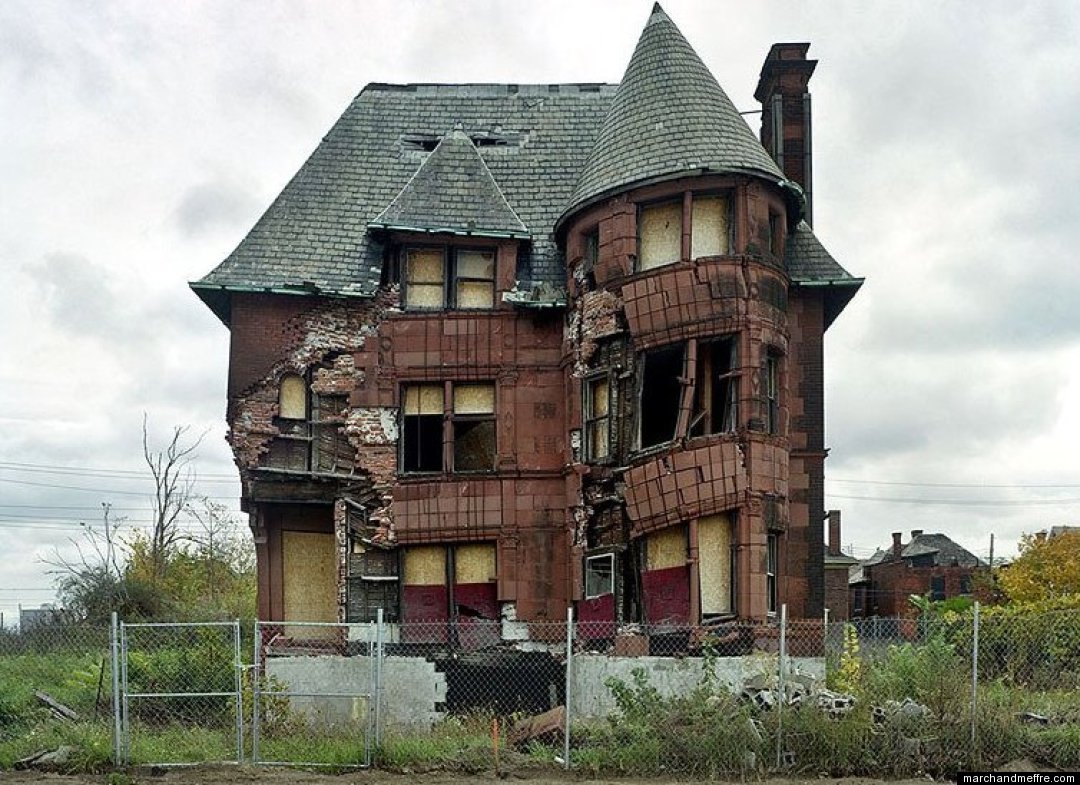 Detroit has just been named the most dangerous city in America. This is the fourth consecutive year that Forbes has bestowed the dishonor upon the Motor City. A few years back, the Bay Area Center for Voting Research named Detroit the most liberal city in America. If you believe the two listings are mere coincidence, I have a domed stadium in Pontiac to sell you.

Detroit proves that liberalism is hazardous to your health.

America’s most dangerous city hasn’t been governed by a Republican for a half century. Yet, on November 6, the city’s residents will again take out their anger on a Republican-this time one of the city’s sons-at the polls. The worse the performance of Detroit’s hard-left officeholders paradoxically means the greater the punishment for the party that opposes them. When the largest employer in a city is the city itself, urging the cut backs necessary to attract employers is seen as an attack on employment.

Detroit’s violent crime rate, more than five times the national average, is shocking only when glimpsed outside the context of the city’s other depressing social trends. The illegitimacy rate is 85 percent.  Two thirds of the city’s children live in poverty. Less than a third of ninth graders graduate from high school within four years. Just 53 percent of the adults are functionally literate. The people are as bleak as the decrepit concrete landscape.

So is the government. The city has closed half of its schools during the past decade, hasn’t fixed the 40 percent of its street lights that remain broken, and has decided to divert a huge chunk of its 911 calls to a telephonic queue. “It’s giving criminals the wrong idea,” Tony Wright, a retired Detroit homicide detective featured on A&E’s The First 48, explained. “If you want to do something, do it in Detroit. The police won’t show up.”

Like Mitt Romney, most people born in Detroit no longer live in Detroit. In 1950, 1.85 million people lived there. Detroit, which lost 200,000 people during the last decade, now hosts about 710,000. Motown Records has rebuffed Michigan for Manhattan. Eminem has extracted himself from 8 Mile and moved to Rochester Hills. Even the Motor City Madman isn’t crazy enough to live in Detroit.

It’s not that there aren’t inducements to moving there. The median home on the market sells for $86,000-$13,000 less than the city with the second lowest housing prices. Buyers looking for a fixer-upper can find listings for gutted 3-bedroom homes for as low as $500. But when your neighbors are a pack of feral cats, a crack dealer, and a jungle of weedy overgrowth, even $500 is too expensive.

No group surveys the American city that most closely resembles 1980s Beirut or postwar Dresden. If one did, Detroit would be its place. Detroit is number one in chlamydia. But its baseball team is in the World Series. So it’s a wash, right?

Sixty years ago, Detroit was the wealthiest city in the United States. Today, it is by far America’s poorest big city. There is a cautionary tale here for the U.S.: things fall apart-fast. America may not go from riches to rags. But the mighty do fall. Because America is the most powerful nation today doesn’t necessarily follow that it will be the most powerful nation tomorrow. In Detroit, corruption, lavish government sinecures, muddleheaded social policies, horrible schools, greedy unions, overbearing taxes, gutter morality, and too many eggs in one industrial basket combined to make the first the worst. To the extent that America follows the policies embraced by Detroit, America will not, as Mitt Romney worried in Monday night’s debate, follow the road to Greece but instead will follow the one that leads back to Mitt Romney’s birthplace.

It is strangely fitting that the presidential candidates fixated on Detroit during a foreign policy debate. Policies have certainly made Detroit very foreign to anyone familiar with “the Paris of the Midwest.” The city that gave the world Henry Ford and Berry Gordy now gives us the likes of jailed mayor Kwame Kilpatrick and disgraced police chief Ralph Godbee, Jr. “Governor,” President Obama remarked Monday night, “the people in Detroit don’t forget.” If this is true, memory may be a more painful blow than the crime, illegitimacy, and poverty they currently experience. Not long ago, Detroit was one of the  most thriving cities on Earth. The Paris of the Midwest has become the Basketcase of the Midwest.

Let Detroit go bankrupt? It already has. The $16 trillion question for the presidential candidates is whether they will let America go Detroit.