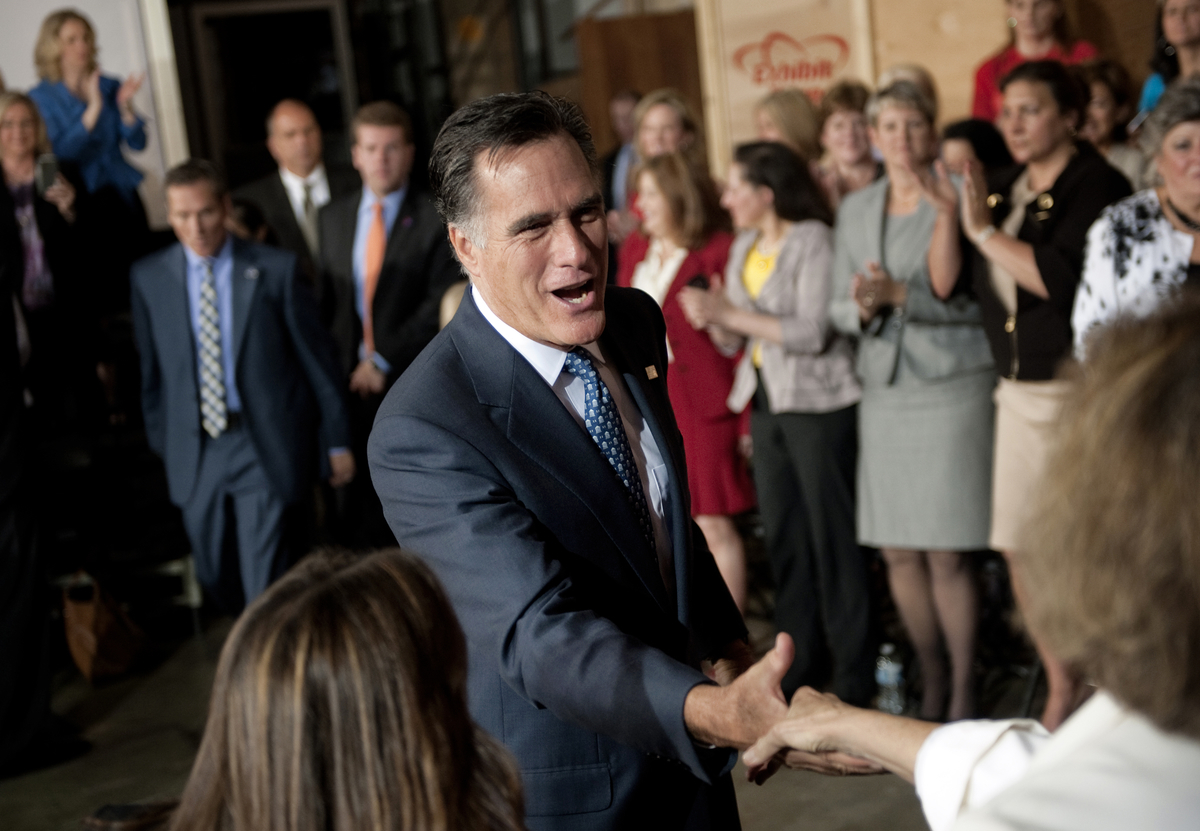 As the incumbent, the President had the advantage in the final debate that focused on foreign affairs. He obviously wanted to reverse the momentum that Romney has enjoyed since the first debate.  His debate strategy, while masterful in its command of details – even when distorted and inaccurate – failed about as badly as his policies have failed over the past four years.  Mr. Romney came across as Presidential and well-informed. He was sober, serious, relaxed and well-informed. In contrast, Mr. Obama was intense, aggressive, defensive and desperate; he made accusations so petty that Romney didn’t even bother to address.  Instead, Romney stayed focused on the „big picture” and successfully linked the nation’s foreign policy weaknesses to the economic and fiscal problems that are undermining our position as the world’s superpower.

By employing a strategy of remaining above the fray, Mr. Romney avoided the pitfall of coming across as a „warmonger” or using foreign policy as a „political football.”  Staying above the fray did not mean Mr. Romney was detached, ill-prepared or uninvolved (as Obama seemed in the first debate).  Instead, Mr. Romney did not hesitate to go for the jugular several notable times. Early on, Obama launched accusations against Romney; he said, „Every time you’ve offered an opinion you’ve been wrong.” Governor Romney responded, „Attacking me is not an agenda.”

While he agreed with the President on several foreign policy stances, Romney made it clear that the President is on the wrong foreign policy track; Romney repeated several times, „We’re four years closer to a nuclear Iran.”  In addition, Mr. Romney successfully turned attention numerous times to the connections between the President’s foreign policy failures and his failures on the economy, debt, deficit, jobs, and military readiness.

Just as Mr. Romney excelled in the second debate by succinctly enumerating the domestic failures of the President in a two-minute segment, he was equally effective in citing in brief, pointed details the major foreign policy disasters of the President. Romney went through the long list of countries in the Middle East visited by Obama early in his presidency, and pointed out that he did not visit Israel.  He quoted the President as promising those nations that America would no longer „dictate” to them.  Romney responded, „We have not dictated; we have liberated.”

Fox News tracked the Twitter traffic during the debate and Mr. Romney’s citing of the „Apology Tour” was one of the four topics with highest Twitter traffic.  Mr. Romney criticized Mr. Obama’s Middle East policies, saying that they have produced a „rising tide of chaos” and that, while he agreed that the death of Osama bin Laden was key to eliminating al-Qaida, „We cannot kill our way out” of the problems in the Middle East.  Instead, he declared, „We must have a comprehensive strategy.”  Mr. Romney repeatedly declared that the U.S. „must show strength and leadership” and that our national debt is our „biggest security threat.”

In one of his well-practiced lines, often used on the campaign trail, Obama accused Romney of wanting the foreign policies of the 1980s, the social policies of the 1950s and the economic policies of the 1920s.  When Governor Romney reported that the Navy is the weakest it has ever been with fewer ships than at the end of World War I, the President gave one of his snarkiest put-downs.  He claimed that Mr. Romney just didn’t understand modern warfare and the need for a strategy based on „capabilities;” he said today’s military doesn’t need horses or bayonets. In a patronizing voice, he explained to Romney that he hadn’t „executed” real military situations; they are not, he declared, like „playing battleship.” Mr. Romney reminded him that the President’s own Secretary of Defense admitted that the President’s budget cuts have been „devastating” to the military. Mr. Romney talked about the past four years as a time when other nations saw an America that was not strong; they saw weaknesses. The exchange assessing America’s foreign policy epitomized the debate: Mr. Romney was able to smile throughout the debate and look like a winner whereas Mr. Obama was burdened by his abysmal record and could only resort to empty blanket accusations, such as, „Nothing Governor Romney just said is true.”

President Obama recounted several emotional stories about his interactions with people that seemed designed to enhance his reputation for compassion and his „likeability.” He even described his visit to the Holocaust Museum to declare that he was „on the right side of history.” He repeatedly described his Administration as providing „steady, thoughtful leadership.”  He repeatedly echoed his mantra that „the wealthy must be willing to contribute more.”  He called the Bush and Romney agendas, „wrong and reckless policies.”  President Obama utilized every possible opportunity to mention – in vague, general terms – the problems around the world regarding „treatment of women.”  He made snide remarks about Mr. Romney’s „overseas investments” and accused Romney of „sending jobs overseas.”  Even in his closing statement he came back to the theme of the wealthy doing more and not wanting to „go back to the policies that got us where we are.”

At the end of the debate, President Romney was smiling; he looked presidential; he looked like a winner.  His strategy worked: he focused on the big picture and avoided getting bogged down into meaningless spats over obvious distortions and misrepresentations.  Tactically, he struck the right tone and fought on the high ground of the Obama Administration’s record by tying Mr. Obama’s foreign policy missteps to his domestic and fiscal failures. None of Mr. Obama’s well-rehearsed attacks and interruptions hit their mark or rattled Mr. Romney’s composure. Neither Mr. Obama’s strategy nor his tactics will likely stop Mr. Romney’s momentum. Mr. Obama sounded like a little dog yapping at the Big Dog,

Janice Shaw Crouse, Ph.D., is a former Presidential Speechwriter (Bush 41).  She is also author of Children at Risk and Marriage Matters (Transaction Publishers, 2010 and 2012).  She is a spokesperson for Concerned Women for America Legislative Action Committee.