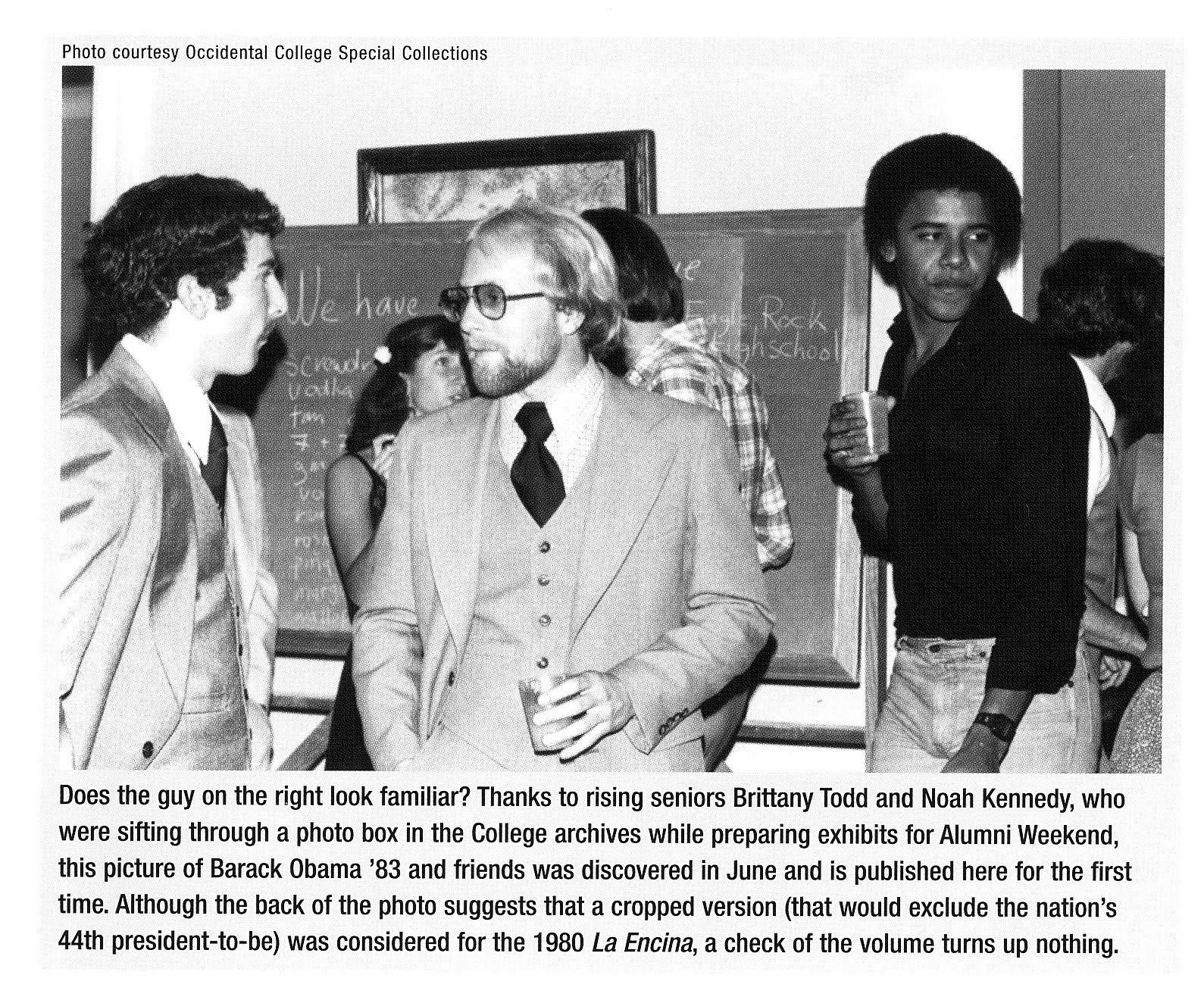 One overlooked influence on Barack Obama’s political philosophy and governing style (if those are the terms I’m groping for) involves the Islamosocialist dictator typical of Islamic states during the mid-20th century.

This class of ruler was washed up in the wake of the colonial period, as the Western imperial states retreated with no serious efforts to assure stable governments left behind them.  Strongmen then stepped into the vacuum.

Superficially, these leaders resembled Mustafa Kemal Ataturk, the legendary figure who, following the collapse of the Ottoman Empire, took Turkey by the scruff of the neck and dragged it into the modern age.  But Kemal was sui generis.  None of his successors had his ability or his vision, or were able to obtain the same results.

The prototype of the post-colonial Islamosocialist tyrant was Gamel Abdel Nasser, an Egyptian army officer who rose from lower-middle-class origins (he was the son of a postman) to mastery of Egypt.  Nasser joined the army at a young age.  During WWII, he was involve d in a number of questionable escapades, among them a scheme to turn Egypt over to Rommel.  After the war, he founded the Association of Free Officers, a group of disgruntled junior officers who after several false tries succeeded in overthrowing the almost sublimely corrupt King Farouk.  Nasser in short order edged aside General Muhhamed Naguib, the new regime’s figurehead, and, after consolidating his position, made himself president for life.  Theatrically handsome and with considerable personal charisma, Nasser enthralled the Egyptian populace and the Arab world beyond.

Unfortunately, Nasser’s accomplishments failed to match his image.  In hopes of creating a pan-Arab state with himself as leader, he attempted to set up a political condominium with Syria in the form of the United Arab Republic (UAR), which foundered after only three years.  He fomented several failed wars with Israel, ending up with his own personal version of Vietnam in the Yemen War (1962-1967), and initiated a number of economic schemes which succeeded only in squandering Egypt’s potential.

His one major success was facing off the combined forces of Great Britain and France after his seizure of the Suez Canal in 1956.  A planned October invasion by British and French forces was cut short by President Dwight D. Eisenhower, who threatened to ruin the British pound if the invasion proceeded.  (Patton, on the other hand, would have gone all in.)  Although the city of Alexandria took a beating from British bombers, and Egypt’s army was once again whipped by the Israelis (who were in on the operation), Nasser came out still in possession of the canal, and smelling like a rose.

This success gave him enormous cachet in the third world.  Nasser became the model for leaders of developing countries in every corner of the planet, Islamic or otherwise.

But Suez was Nasser’s last hurrah.  He spent the ’60s creating senseless uproars (and being whipped once again by Israel in 1967) while Egypt stagnated.  Upon his death in September 1970, his place was taken by his close collaborator Anwar Sadat, much less colorful but unquestionably more pragmatic and capable.

Among others in the Islamic world influenced by Nasser was Sukarno of Indonesia.  (He never used his first name, Achmed.)  Indonesia was a colony of the Dutch, and Sukarno was involved in the independence movement from the late 1920s.  During WWII, he served as a somewhat recalcitrant puppet ruler for the Japanese.  When the war ended, he embarked on a four-year war of independence against the returning Dutch.

After throwing out the Dutch, Sukarno established standard one-man rule under the rubric „guided democracy” – as pretty a name for a tyranny as anyone has even come up with.  He became more autocratic and erratic as time passed.  He was deeply influenced by traditional Islam.  He had attempted to establish sharia under the Japanese and accepted such practices as polygamy (he ended up with four or five wives, depending on how you count the divorces).

Like Nasser, Sukarno instigated several wars, seizing West Irian and threatening the Sultanates of both Brunei and Malaysia (both attempts were ended by British intervention).  In the ’60s, his rhetoric grew more strident and his actions more extreme.  He rejected aid from the U.S., and he pulled Indonesia out of the U.N.

The communists, in the form of the Partai Komunis Indonesia (PKI), had always been a part of Sukarno’s movement.  They gained power and influence as Sukarno isolated himself from the West.  Along with Sukarno’s alliances with North Vietnam and China, this raised the very real possibility of a communist state smack between Australia and the Philippines.

With internal tensions rising, the communists in 1965 carried out a confused and strange attempt at a coup.  A group of disaffected junior army officers, evidently under the influence of the PKI, assassinated a half-dozen generals and seized several bases.  General Suharto, chief of reserves, took overall command and with a series of swift moves isolated the rebels.  There followed a countrywide crackdown of incredible violence and thoroughness.  A minimum of 100,000 communists, sympathizers, and the odd bystander were shot by government troops and rural vigilantes.

After several months of maneuvering and negotiations, Suharto in March 1966 forced Sukarno to step aside.  Sukarno was placed under house arrest and died in June 1970.  The quiet but extremely able Suharto ruled the country until 1998.

Witnessing the aftermath of these events were an American expatriate, Stanley Ann Dunham, and her young son, Barry, who had traveled to Indonesia in 1967 to join Ann’s husband, Lolo Soetero, a geographer and oil company employee.  She may have had other agendas in mind as well.  Angelo Codevilla, nobody’s idea of a crank, has pointed out considerable circumstantial evidence that the entire Dunham family was, at one time or another, active in the CIA.  This would explain a lot of things, including the otherwise puzzling fact of a young woman barely out of her teens trotting around a country recovering from one of the most vicious massacres in modern history with a small child in tow.

It was in Indonesia that Ann’s son Barry began his primary education in the Indonesian school system, where he encountered Islam and the cult of Sukarno.

Sukarno remained very much a folk hero In Indonesia, in much the same way that Stalin is still admired by many Russians.  A large number of Indonesians believed that he would return from internal exile, like some eastern Barbarossa, to straighten things out.  The cult of Sukarno was particularly pronounced among the educated, as apt to fall for bogus messiahs and their programs in Indonesia as they are anywhere else.  Included in this group were many members of the teaching profession.

It was under these circumstances that Barack Obama formed his first impressions of leadership, politics, civil society, and the relationship between governors and the governed.  It left its mark.  Look at Obama’s method of governing:

And, as in all these cases, there’s that ambiguous connection with Islam.

Clearly, what we have had in the past four years is a mutant variety of third-world rule in the United States.  It is not something we have benefited from, and not something we’d want to repeat.

This is the real danger of electing someone who does not have an actual American background, whose character and ideas were formed in utterly different social and political milieus.  It’s not that he may turn out to be a Manchurian candidate, or a mullah in disguise, but simply that, in the nature of things, he will have picked up concepts and practices that are alien, if not – as I believe to be the case here – utterly unacceptable in the United States.

During his term, Barack Obama has governed not as a president in the way that we understand it – a chief executive loaned vast powers for a brief period as representative of the people – but as a caudillo, a charismatic figure, the leader of a movement.  He has ruled as a third-world chieftain.  While this is understandable, if less than admirable, in developing nations such as Egypt or Indonesia or any of the rest, it is not even close to understandable in the United States of America.  Those nations began under, and most are still mired in, conditions that have never touched the U.S. at any stage of its existence. The U.S. has never required tanks in the streets to guarantee a succession.  It has never witnessed the massacre of hundreds of thousands of members of a political opposition.  We have never settled solely political disputes with roaring machine guns or blazing pistols.  The fact that this country has been run for four years by a man whose thoughts and ideas were formed in such conditions is, over and above anything else, an absurdity to the highest degree.  It is a historical mistake that demands correction.

The U.S., unlike Egypt, or Indonesia, or Malawi, or Sri Lanka, or Argentina, is a functioning democracy.  We can correct our political mistakes.  This week, we will have an opportunity to do so.