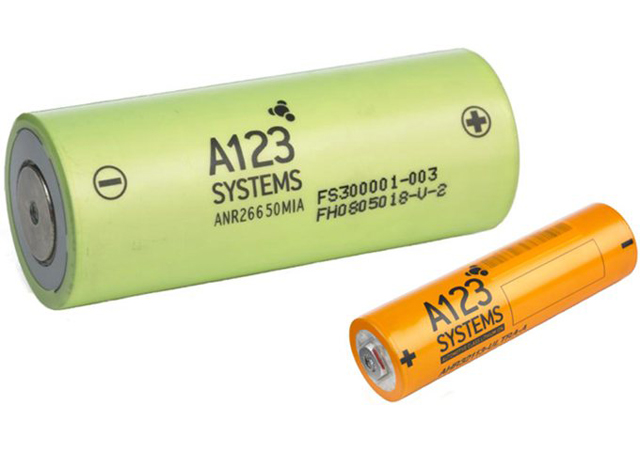 A123, recipient of a $249 million Department of Energy manufacturing grant, warned of impending debt default and cash problems that forced the company to seek bankruptcy protection.

With 14 straight quarterly losses–nearly $83 million in 2nd Quarter 2012 and $125 million in the previous quarter, on top of $258 million in 2011, reported here on Scribe, the company hoped to change its fortunes with an infusion of investor cash from China.

An August “memorandum of understanding” between A123 and Chinese auto manufacturer Wanxiang promised $450 million in debt bailout and other cash incentives that would grant the Chinese company an 80 percent interest in A123.

The potential strategic partnership between the two companies failed to materialize.

President Barack Obama called A123 Chief Executive Officer David Vieau and then-Michigan Governor Jennifer Granholm during a September 2010 event celebrating the opening of the plant in Livonia, Michigan, that the company received the U.S. grant to help build.

“This is about the birth of an entire new industry in America – an industry that’s going to be central to the next generation of cars,” Obama said in the phone call, according to a transcript provided by the White House. “When folks lift up their hoods on the cars of the future, I want them to see engines and batteries that are stamped: Made in America.”

A123 Systems Inc. (AONE), the maker of lithium-ion batteries for electric cars, said it may run out of cash to fund operations and may need to seek bankruptcy protection.

“The company may not have sufficient cash to fund operations and may need to seek the protections provided under the U.S. Bankruptcy Code,” A123 said. “No assurance can be given that the company will be able to avoid restructuring, reorganization, or a bankruptcy filing.”

Bloomberg could not confirm Wanxiang’s position, with a number of calls to the company going unanswered.

A123 admitted its inability to continue as a “going concern” unless it is able to find cash, and fast. The company was “considering strategic alternatives including ‘one or more potential transactions’ to address its liquidity problems. There is ‘no assurance’ that A123 will be able to find a way to continue to operate its business as a going concern,” Bloomberg reported

A123′s position as a leading green battery supplier for auto companies like plug-in hybrid manufacturer Fisker Karma suffered from product recalls. Fisker itself had its own $529 million DOE loan guarantee halted early in 2012.

A123 received half of the DOE Electric Drive Battery and Manufacturing Initiative grant through June 2012, as well as extensions of production goals. The company also claimed an additional $14 million in other DOE research and development grants.

In May, A123 withdrew a $233 million loan application to the DOE for its Advanced Technology Vehicles Manufacturing program, claiming that the ATVM loan was unnecessary at the time.

However, A123 admitted its cash burn rate–from $113.1 million to $47.7 million by 2nd Quarter 2012–as a direct statement on the company’s continued viability:

The above circumstances raise substantial doubt on the Company’s ability to continue as a going concern. Management is taking actions to raise additional capital to fund cash requirements and evaluating other strategic alternatives. The Company is actively engaged in discussions with strategic partners for substantial investments in the Company… Management also continues to seek to reduce cash used in operating and investing activities, including by improving the Company’s gross margins, reducing operating expenses, and reducing working capital. Although the Company’s intent is to improve its operating efficiencies and to obtain additional financing, there is no assurance that the Company will be able to obtain such financing on favorable terms, if at all, or to successfully further reduce costs in such a way that would continue to allow the Company to operate its business.