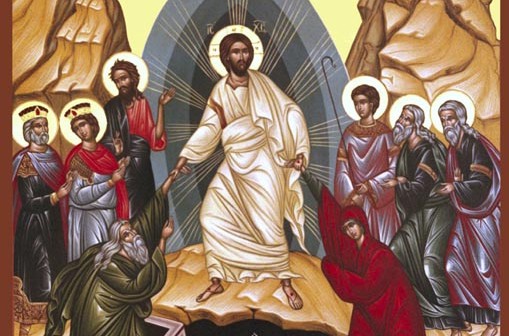 The crucifixion of Jesus Christ (33 A.D.) is the most attested historical fact of the ancient world.  In addition to the four gospels of Matthew, Mark, Luke, and John, it is also widely attested by Greco-Roman and Jewish writers.  Closely related, history also confirms that the tomb of Jesus Christ on that first Easter morning was indeed empty.  Every vested party knew where Jesus was buried after he died.  Yet on Easter, the tomb was found empty, and nobody has ever been recovered.

In fact, the gospel of Matthew showcases that there was a still a heated debate going on between certain Jewish leaders and the Christians in the apostolic church over whether or not the disciples had stolen the body (Matthew 28:1-15).  As such, both sides knew full well that the tomb was empty.  More surprising, both sides also knew of the presence of Roman guards.

With a plethora of similar historical details connected to the empty tomb, Greco-Roman historian Michael Grant concedes, „The historian cannot justifiably deny the empty tomb … if we apply the same sort of criteria that we would apply to any other ancient sources, then the evidence is firm and plausible enough to necessitate the conclusion that the tomb was indeed found empty.”

Once the reality of the empty tomb sinks in, this stubborn fact substantially narrows down the historical possibilities of what transpired on Easter morning.  Outside the resurrection itself of Jesus Christ, only a handful of other historical scenarios have been propagated in its place – all of which can be routinely dismissed through a quick process of elimination.

One of the most popular answers to explain the empty tomb over the centuries is that the disciples stole Jesus’s body during the night.  The biggest problem with this supposition is it cannot explain the later behavior of the disciples, who became stalwart apostolic pillars in the church founded upon the preaching of the resurrection of Christ.  The apostles lived very difficult lives.  Many of them were martyred.  If they had stolen the body of Christ, they would have known that Jesus was not raised from the dead.  They thus would not have spent the rest of their lives sacrificing themselves for a lie.

Others have tried to implausibly advocate that the women who first visited the tomb Easter morning went to the wrong one.  The very fact that the gospels admit that women were the first ones to visit the empty tomb gives historical authenticity to the entire account.  In such a male-dominated world, no one in his right mind would ever want to acknowledge that women were the first to notice the tomb was empty – especially when a new religion was essentially founded upon such an embarrassing fact.

Some have tried to suggest that Jesus’s death was staged, or that it was a hoax.  This is impossible for the simple reason that no one could have survived the cross.  Jesus was beaten to a pulp and whipped out of his mind before he was crucified.  Once he was nailed to the cross, his fate was sealed.

Others have tried to say that the resurrection appearances of Jesus to his disciples were hallucinations.  Hallucinations, however, are individual occurrences by definition.  Matthew, Mark, Luke, John, and Paul wrote that whole groups of people, along with hundreds of eyewitnesses, saw the resurrected Lord.  In 1 Corinthians 15, the apostle Paul tells his followers in Corinth that more than 500 witnesses saw the resurrected Christ at one time, most of whom were still alive at the time of Paul’s writing (1 Corinthians 15:1-8).

Still others have tried to venture the idea the resurrection accounts were based on fictitious folklore.  However, such legends typically require 200-300 years in order to be established – which is precisely what did happen with all of the fanciful apocryphal gospels that have helped spur the modern interest in The Da Vinci Code.  In great contrast, the apostles were preaching the resurrection of Christ from the very outset, and even some of the most radical skeptical scholars of the German Protestant Enlightenment, like Ferdinand Christian Bauer (1792-1860), admitted that Galatians, Romans, and the Corinthian epistles were penned by the apostle Paul – who emphasized the resurrection of Jesus Christ.  Bauer believed that much of the New Testament was written much later by pseudo-authors.

However, one of the most eminent ancient church historians of all time, English scholar J.B. Lightfoot (1829-1889), established very early dates for two important church fathers – Clement and Ignatius – both of whom quoted or alluded to most of the New Testament around the turn of the 1st century.  Sir William Ramsay (1851-1939) then established the surprising accuracy of the book of Acts, stating that Luke was one of the greatest historians of the ancient world.  In 1976, John A.T. Robinson (1919-1983) demolished the entire edifice of Protestant Germany’s skepticism by writing a book called Redating the New Testament.  Robinson placed the entire New Testament back to the 1st century because it everywhere presumes that the Jerusalem Temple was still standing.  Since the Romans destroyed the temple in 70 A.D., the New Testament must have been written before that time.

This leaves modern man faced with the startling conclusion that Jesus Christ may have indeed been raised from the dead.  A little more than a century ago, Dr. W.H. Griffith Thomas wrote an outstanding book entitled Christianity is Christ, where he strongly concluded that the resurrection of Jesus was one of the best-attested facts of the ancient world.  Much later in the 20th century, Josh McDowell compiled a vast array of Christian evidences that demand a verdict, and Lee Strobel has an excellent Case for Christ.  In fact, Strobel persuasively contends that the very historical existence of Christianity cannot be explained apart from the historicity of the resurrection of Christ.

Just because the resurrection of Christ cannot be placed in an experimental scientific test tube does not mean that it is an irrational fairy tale.  In 1 Corinthians 15, one of the longest chapters in the New Testament, the apostle Paul strings together a series of arguments for the resurrection of the dead – everything from the authority of the Old Testament to historical eyewitness accounts to his own apostolic authority and personal life – and even for the sake of morality itself.  Paul even points out that nature itself teaches the resurrection of the dead every year a farmer plants his garden anew (1 Corinthians 15:36).

It was Jewish German scholar Karl Lowith (1897-1973) who acutely observed, „The Christian hope is almost rational, for it rests on faith in an accomplished fact.”  However, because the apostolic writers depicted the historical events of the gospels as a decisive once-for-all cosmic salvation event, the life, death, and resurrection of Jesus Christ invariably offends, contradicts, and upsets „the normal historical consciousness of both ancient and modern times.”  The Christian faith offended the classical mind because it rendered a onetime historical event with ultimate significance.  The Christian faith offends the modern mind because it exempts its own specific history of salvation from the generalized history of multicultural godlessness.  Such unforgiveable offences are why the resurrection of Christ will often continue to be ignored and attacked in spite of its historicity.

Mark Musser is a missionary/pastor and a contributing writer for the Cornwall Alliance, a coalition of clergy, theologians, religious leaders, scientists, academics, and policy experts committed to bringing a balanced biblical view of stewardship to the critical issues of environment and development.  Mark is also the author of two books, Nazi Oaks: The Green Sacrifice of the Judeo-Christian Worldview in the Holocaust, which has been recently expanded, updated, and republished, and Wrath or Rest: Saints in the Hands of an Angry God, a commentary focusing on the warning passages in the book of Hebrews.