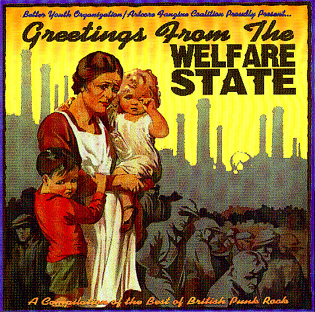 I could hire 12 people with €760 net salary, but I don’t. I tell you why. You could work for my service provider company in a nice office. It’s not telemarketing, it’s not a scam. You would do serious work that requires high skills, 8 hours daily, only weekdays. I would employ you legally, I would pay your taxes and social security. I could give such a job to a dozen people, but I will not, and here I explain why.

I wouldn’t hire a woman.

The reason is very simple: women give birth to children. I don’t have the right to ask if she still wanted to. If I had the right, and she would answer, she could deceive me deliberately or she could change her mind.

Don’t get me wrong, I don’t have any problem with women giving birth to children. That’s how I was born and that’s how my child was born. I wouldn’t hire a woman because when she gets pregnant, she goes for a 3 years maternity leave, during which I can’t fire her. If she wants two children, the vacation is 6 years long.

Of course, work has to be done, so I would have to hire somebody who works instead of her while she is spending her long holiday years. But not only I couldn’t fire her while she’s away, I couldn’t fire her when she comes back either. So I would have to fire the one who’s been working instead of her for the whole time. When a woman would come back from the maternity leave I would be legally forced to increase her salary to the present level in her position, and also, give out her normal vacation days, that she has collected during the maternity leave. When she would come back to work, she would start with 2-4 months of fully paid vacation.

I wouldn’t hire people over 50 either.

They’re also risky to hire, because I don’t have the right to fire them either, if for any reason (I don’t have enough income, or I don’t like how they work) I want to. There’s a high risk that they will go to court, and there’s a high chance they will win. But this risk I would be prepared to handle.

This is actual 2011 data from the www.nettober.com  salary calculator. As you can see, your €760 salary would cost my company €1572. This 2x state multiplier could only be lower, if I would pay less salary. But I wouldn’t hire you for less money, because I think if you made less then €760, you couldn’t make a decent living. You would become depressed, destroy your own life, my company and even me. So, I am not willing to hire anybody for less than this.

It’s only Hungary that is so fucked up:

This chart is from a Deloitte study. As you can see, the state doesn’t take away more than half of your salary anywhere else. It’s annoying that I pay you more than €1500, but you only receive less than half of it. Especially, because you will not get any better medical care than anybody registered with a minimum wage.

I would also have to take into consideration, that a 35 years old person is entitled 25 days of vacation per year. That means 1 extra month of working days. If I needed 12 persons’ work, I would have to employ 13 to account for the one who’s on vacation.

But I would still give you a job despite all of the above.

I am a braveheart entrepreneur. I would sell my apartment, and I would move to a rented flat. I would hope, that the €90,000 that I would make this way will be enough. I would launch my business bravely, and if I didn’t succeed (that is quite likely with startups) I wouldn’t be a crybaby.

My company would provide an excellent service, and it’s impossible to provide without decent working conditions. I would employ 13 people. I would constantly need 12 persons’ work, plus the one who works instead of the one on vacation. 14 people including me would work in the 158 sqm nicely furbished, comfortable office. This would cost 10 €/sqm/month rent, and 3,5 €/sqm/month utility fees, a total of 2133 €/month.

These would be my monthly expenses:

Pretty scary for monthly bills isn’t it? This is how much I would have to pay out every month, regardless of my income. In the good months, and the bad months too. In the summer low season, and before Christmas when we do much less work.

This company couldn’t possibly sell more than 1000 hours / month of billable service in the average month. This means, that to break even, in order to make enough income to cover my costs, I would need to set my pricing €25,627 / 1000 = €25 / hour. But breaking even isn’t enough, I would also need some profit.

I am not greedy, the market is tough too, I would markup my prices with 20% profit. This would increase my hourly rate to €30, that is pronounced as thirty Euros plus VAT, €37,5. I would round this sum (down), so our customers would pay €37 / hour for our service.

Out of this €37, 7 would go directly to the state, 30 would be company income. I am an optimist person. Our marketing would kick ass, my plans would work perfectly, indeed we would succeed selling an average of 1000 hours of service monthly. Business would fly, I would be lucky with all my employees, everybody would work like a charm.

So I would make €1,521 per month, but don’t forget, that I sold my €90,000 apartment, and I invested it in the company. So I would have to rent a flat for at least €300, otherwise I would become homeless. I would live a modest life, wouldn’t spend a lot, my wife would also make money, I wouldn’t even have the time to spend a lot, because unlike my employees, I would work 12 hours even on the weekends.

This way I could save €900 per month, so my €90,000 investment would return in 100 months. It would take 9 years to recover the money that I invested in the company, so I could buy myself an apartment again. From then on I wouldn’t have to live on a tight budget, I wouldn’t have to pay rents, and wouldn’t have to save either. I would live like a European.

Under these circumstances – I hope it’s understandable – I don’t feel strongly urged to sell my apartment and invest the money into a new company. But for 4 reasons I will definitely not do it.

I will only give a job if:

This is my translation of the original Hungarian post, „Tőlem ezért nem kapsz munkát” posted on the 27th of July, 2011.  Although it rocked the Hungarian blogosphere – generated more than 90,000 Facebook likes – nothing has changed for the better. On the contrary. It’s a whole lot worse now. To all of you international readers, here €760 net sounds like a dream salary for most people. Even medical doctors make less than half of this, at the beginning of their career. Prices on the other hand are the same as everywhere else.