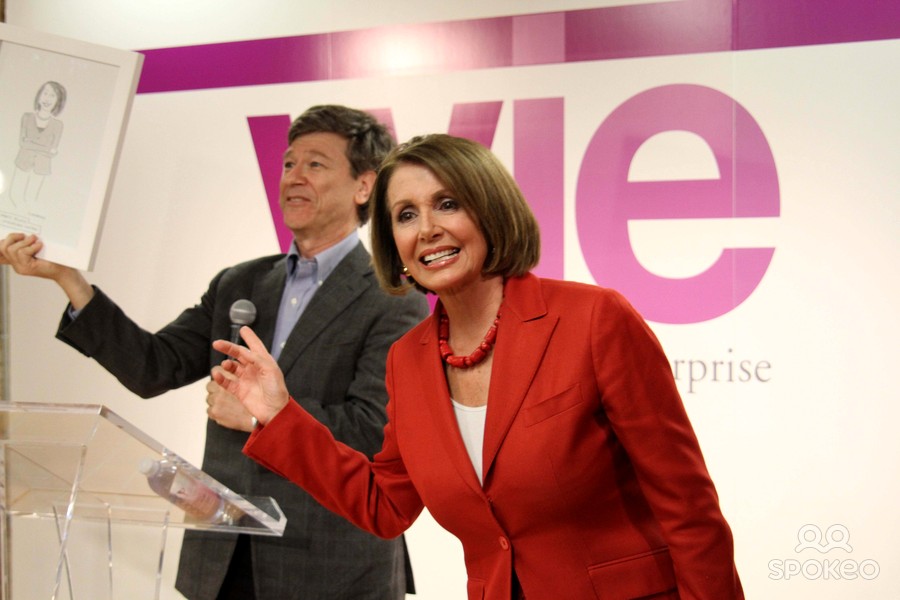 Jeffrey Sachs is a famous Columbia University Professor. In his book, The Price of Civilization, Sachs shows that he has a real grudge against the rich.  He doesn’t like „unaffordable tax cuts … tax cuts for the rich …tax cuts on higher incomes …tax cuts for the wealthy … tax cuts for the richest Americans … tax cuts at the top” or „immoral tax cuts.”   This is a bit strange since Sachs himself is surely rich.  He lives in a townhouse in Manhattan and sends his daughter to a private school that costs $41,000 a year.  Maybe he approves of rich professors but not rich capitalists.

Sachs is furious that „careful work” carried out by „scientific academies” is ignored and that „expertise is ignored.” Jeffrey Sachs is a professor and he wants the government to pay more attention to professors.  The wealthy universities and research organizations that employ professors don’t need tax cuts because they pay no tax.  Not only do they not pay taxes, they receive money from the government, by the billion.

Never say that Sachs lacks a sense of humor:

„One recalls the dark joke in the waning days of the Soviet collapse: ‘Comrades, we were at the edge of the cliff, and we’ve just taken a giant step forward!’  A few more tax cuts for the rich, and we’ll be in a position to say the same.”

Then there is this, apparently not intended as irony:

„Yes, the federal government is incompetent and corrupt — but we need more, not less, of it.  … to address fundamental collective challenges such as infrastructure, clean energy, public education, health care, and poverty.”

Professor Sachs puts in a plug for moderation:

„Tens of millions of Americans are  … overeating, overborrowing, overgambling, excessive TV viewing, or indulging in yet other addictions.”

„Voters are easily enticed by promises of higher short-term income, seemingly without concern for the long-term consequences.”

Sachs does not approve of former president Reagan:

„The main effect of the Reagan Revolution, however, was not the specific policies but a new antipathy to the role of government, a new disdain for the poor who depended on government for income support, and a new invitation to the rich to shed their moral responsibilities to the rest of society.  Reagan helped plant the notion that society could benefit most not by insisting on the civic virtue of the wealthy, but by cutting their tax rates and thereby unleashing their entrepreneurial zeal.  Whether such entrepreneurial zeal was released is debatable, but there is little doubt that a lot of pent-up greed was released, greed that infected the political system and that still haunts America today.”

You wouldn’t think that Reagan launched one of the greatest periods of prosperity in American history.

It costs $64,000 a year to go to Columbia and the average full professor makes $212,000 a year.  Columbia also received $483 million in government research grants in 2009.  Perhaps Sachs is not so concerned about wealth as he is with which social class benefits from the wealth.  Otherwise he might be suggesting that Columbia should tighten its belt to help the poor.

Sachs does not seem to see a need for moral responsibility by the „poor.” It appears that in Sachs’ mind the poor are helpless victims of circumstance who could be easily made into productive citizens by the expansion of government programs.  Sachs constantly invokes an image of the American poor as a group desperately deprived and in need of help from the larger society.  According to the government, in 2005, 98% of the poor had a television, 78% had air conditioning and 81% had a microwaves.  In other words, the poor, as a substantial group in the U.S., is a fiction.  It is bizarre that Sachs preaches about the alleged tragic state of the poor in America, because Sachs is a leading exponent of programs to help the poor in Africa, and he often visits Africa.  In Africa there are plenty of genuinely poor people.  Poor people in Africa suffer from insufficient nutrition and AIDS.  American „poor” people suffer from obesity acquired by watching television while snacking on fried chicken purchased with food stamps.  Sachs’ father was a prominent labor lawyer who represented unions.  Perhaps Sachs was inoculated at his childhood dinner table with the Marxist idea that the world is made up of virtuous workers and evil bosses.

Sachs displays the typical prejudices of an upper class professor living in New York.  He doesn’t like television, junk food, or obesity.   According to a New York Times profile, his television stays off for months at a time.  Sachs’ privileged lifestyle is based on his position in an institutional framework.  Higher taxes on the wealthy and increased reliance on government and university experts will only enhance his relative privilege.  His prescription for economic policy will siphon money from the private sector to the privileged bureaucratic-academic sector — that is to say, to Sachs and his friends.

Sachs sees the Scandinavian countries as models that Americans should follow.  Sweden is a country where antisemitism is rampant and Jews take precautions to hide their identity when walking in the streets.  But, the wealthy are heavily taxed.

Sachs is a professional economist, so he doesn’t say stupid things about economics.  Even though he is an advocate for socialist type solutions to economic problems, he acknowledges that other legitimate economists favor free market solutions.  Ironically Sachs has proposed free market reforms for foreign countries.

But, Sachs starts sounding like a fool when he explores fields outside of his area of academic expertise.  His many remarks concerning climate change or global warming exhibit massive ignorance.  He favorably cites crackpot conspiracy theorists, Naomi Oreskes and Ross Gelbspan, as authorities on global warming.

The natural gas industry gave the Sierra Club $25 million in a self-serving attempt to attack its competitor, the coal industry, on the basis that coal emits more CO2 than natural gas.  The corporate billionaire and Mayor of New York, Michael Bloomberg, gave the Sierra Club $50 million to attack the coal industry.  Important environmental organizations are virulent promoters of global warming alarmism.  Some examples are the Sierra Club, Greenpeace, the World Wildlife Fund and the Environmental Defense Fund.  Together these organizations have an annual budget in excess of a billion dollars per year.  By comparison, the foremost institutional intellectual opponent of global warming alarmism, the Heartland Institute, has a budget of about $6 million per year.

The big fossil fuel companies provide little or no support for global warming skepticism.   These large corporations are very much at the mercy of the government.  Their executives are corporate types with little appetite for confrontation or political activism.  On the other hand there is a vast establishment of profit making enterprises that have a big stake in global warming alarmism.  For example, the wind and solar power industry, the electric car industry, and the corn ethanol industry.  We mustn’t forget the academic global warming promotion industry.  These are industries that would not exist except for government quotas and subsidies.  The government subsidies are justified by the threat of global warming.  Yet, as Sachs notes, in spite of official government endorsement and a vast promotional campaign, the American public is very dubious concerning global warming alarmism.  Sachs attributes public skepticism to ignorance.  But, maybe the public is better informed than the professor.

Chevron is one of the largest oil companies. If you look at their website you will discover that they favor development of renewable energy.  According to Chevron: „There’s a growing public concern about climate change and our planet.  We share this concern.” Most fossil fuel companies adopt this boot licking approach.

„A considerable amount of American consumption spending is not for the enjoyment of consumption per se, but to show off wealth, status, or sexual allure.”

This is more than a little hypocritical coming from someone who has a publicity machine equal to that of any Hollywood star.  Sachs is constantly photographed with celebrities and has an ongoing gush-a-thon with the Irish rock star Bono.  Google images reveal that Hollywood professor Sachs colors his hair.  There are hundreds of videos on Youtube featuring Sachs hectoring his moral and intellectual inferiors.

Sachs is like an annoying mother-in-law constantly telling everyone else how they should live.  We can only wish he would shut up and go back to writing academic papers that nobody reads.

Norman Rogers is a volunteer Senior Policy Advisor with the Heartland Institute, a Chicago think tank.  He maintains a personal website.