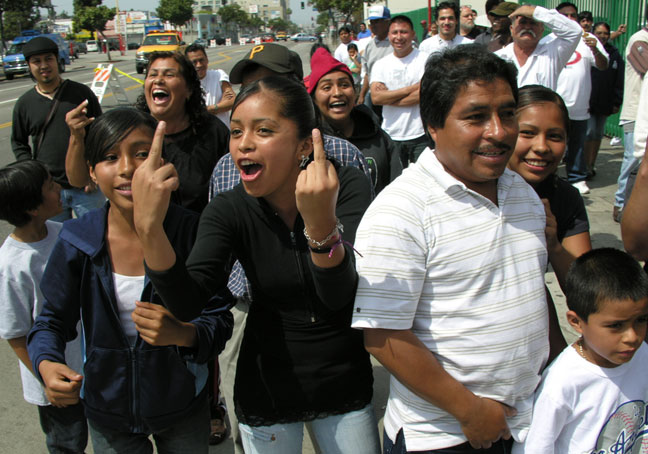 If people in Germany feel that their openness is being abused and our welfare system is looted then there will be legitimate anger.

So it wasn’t surprising that David Cameron today launched a „crackdown” on EU migrants’ access to benefits, which largely amounts to better enforcing the existing EU rules. Nor is it surprising that other party leaders have fallen over themselves to talk tough on immigration. But as James Kirkup argued earlier, a cool-headed, evidence-based discussion would benefit everyone. Now, I appreciate that it’s easy to opine about immigration when sitting with a caffe latte perspective in Westminster, but, warts and all, EU free movement has been beneficial for the UK and Europe.

There are usually two broad concerns people have about intra-EU migration: benefit abuse, and loss of job opportunities for domestic workers. Both are legitimate, but often misunderstood (not least due to patchy stats).

Access to benefits and public services need to be handled with extreme care. The sheer perceived unfairness of, say, an EU immigrant sending child benefits back to his or her home country, with UK taxpayers effectively “topping up” the maximum benefit amount allowance, is absolutely explosive – on this issue, Cameron pledged to negotiate a change to EU rules and is likely to get support of other northern member states, but it could yet be easier said than done. The European Commission is also scoring a spectacular own goal with its challenge to the UK’s “right to reside” test – the filter the UK applies to make sure that people come here to work, not to claim benefits. Also, no one can deny that the previous Labour government got its estimates completely wrong leading up to the last round of enlargement; local public services were unprepared for an influx of migrants in some areas.

But at the same time, it’s simply not right to talk about a “crisis” of welfare tourism, which Ian Duncan Smith, the Work and Pensions Secretary, has. Yes, Romanians and Bulgarians will have freer access to the UK labour market from next year (when transitional controls end), but speculation about hundreds of thousands of Romanians/Bulgarians rocking up to claim benefits from day one is wide of the mark. First, it’s far from clear how many will actually come – in 2004 with the “Big Bang” enlargement, the UK was one of three countries to open up its labour market. This time around, some countries have already opened up their labour markets to Romania and Bulgaria, while all the rest will open up at the same time as the UK. We need to put EU migration into perspective. According to the ONS’s provisional figures for the year ending June 2012, non-British net migration to the UK was 242,000, of which 72,000 were EU nationals.

What’s more, the Government’s own figures show that only between £10 million and £20 million of the NHS’s total £100bn budget goes on treating EU migrants and only 13,000 of around 2 million migrants from Central and Eastern Europe claim unemployment benefit (though these figures could suffer from misreporting and should be be treated with care). Most studies show that EU migrants pay substantially more into the welfare system via tax and National Insurance then they claim back. But it is also true that the speed of change in specific areas and the lack of necessary infrastructure, such as school places, can be a problem, and better statistics would enable government to better support local authorities.

On the “British jobs for British workers” question, it’s true that EU migration can exert downward pressure on wages in some areas and/or sectors and that an influx can cause short-term shocks. Nonetheless, the number of jobs in an economy is not fixed, and evidence suggests that migrants often perform work that would otherwise go unfilled. Since 1998, at least three million new jobs were created in the UK but they have increasingly been filled by EU and non-EU workers. This points to domestic problems with skills and incentives.

Immigration is just as much about perception as reality. YouGov polling has found that there is a big gulf in how immigration is perceived as a national issue, with between 40pc and 50pc listing it as one of the most important issues facing the country, and how its direct impact is perceived by individuals, with only 12pc listing it as one of the top issues that matter most to “you and your family”.

But perceptions need to be addressed, and politicians in Westminster are right to talk about this issue. Simply ignoring it – or worse, dismissing public concerns as bigotry – is to invite even greater ammunition to anti-immigration forces.

At the same time, though, some politicians must dare to point out that, yes, it should be managed better, and yes, we hear your concerns, but overall, free movement of workers has been good for both the UK and Europe.