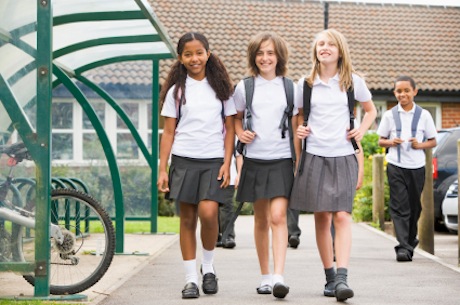 Quelle surprise. The Association of Teachers and Lecturers has passed a „vote of no confidence” in Michael Gove and the new head of Ofsted Sir Michael Wilshaw, accusing them of failing to improve education and not treating teachers and parents with respect.

Exhibit A in the case for the prosecution is the new National Curriculum, the subject of last week’s letter from 100 education „experts”. Far too much emphasis on knowledge, not enough on skills… yada, yada. So what „skills” would the ATL have children learn if it was in charge of the National Curriculum

The answer’s obvious, according to Martin Johnson, the union’s deputy general secretary. They should be taught how to walk. That’s right – how to walk. „There’s a lot to learn about how to walk,” he told the Guardian.

If you are carrying a pack, there’s a technique in that. We need a nation of people who understand their bodies and can use their bodies effectively.

Er, what about facts Times tables, the Periodic Table, the Kings and Queens of England, that sort of thing No. Absolutely not. Stipulating what facts children ought to learn is tantamount to fascism, according to the ATL. „For the state to suggest that some knowledge should be privileged over other knowledge is a bit totalitarian in a 21st century environment,” said Johnson.

So there you have it. In its topsy-turvy, Left-wing universe, the ATL thinks Michael Gove is being „disrespectful” to parents and teachers for having the temerity to suggest that all children should be introduced to the best that’s been thought and said, regardless of background or ability. Doesn’t he realise that nonsense is just for public school toffs No, ordinary children should be taught how to walk.