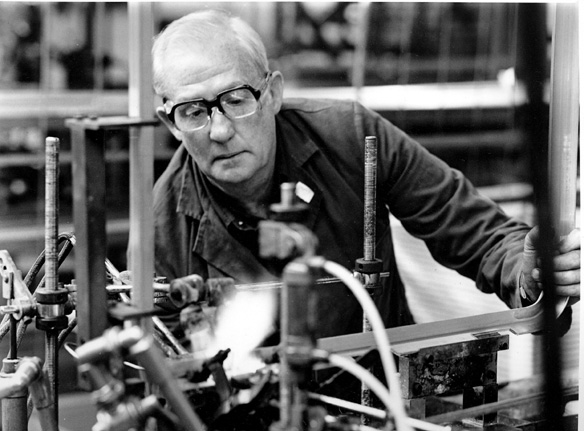 It was not long ago that the zeitgeist of America was the Horatio Alger story, a patchwork of tales serving as the reigning motivational compass pointing towards individual success. It was the time of the Bootstrap Ethic: the notion that a man was limited only by his own zeal and perseverance in service to his lofty goal. How many magnificent ideas were mulled over and refined while cleaning offices or flipping hamburgers? How countless are the fledgling businesses that found their genesis in a garage or kitchen; and by virtue of investing the hard-won nest egg, these gamblers wagered all for the sake of a far-off vision? How many industrious hands have spun straw into gold?

It is in light of this individualist ethic that the current administration stands in diametrical juxtaposition to the American Dream. To be sure, the Democratic Party has made common cause with the fundamental premises of a foreign statist ideology that somehow the savory fruit of the private sector’s accumulated risks and exertions are the moral property of the system that suckled the Golden Goose. Viewed through this lens, the blood, sweat, and tears of individual success are only a self-interested mirage by which a lucky draw of the cards made one a winner in a zero-sum game. Government, which built the roads and bridges that facilitated your financial bankroll, therefore, reserves a significant claim on your winnings: to a tune far exceeding the paltry sum that you have begrudgingly allotted your patient Masters. And as we speak, that pound of flesh is accruing interest and rapidly metastasizing into a dark Socialist reality.

But the conservative spirit begs to differ. The template of America’s Dream is perhaps more owing to our own unique understanding underlying the philosophic relations between the City and Man. The construction of Negative Liberty – that we might do that which is not forbidden by law, stands in contradistinction to the collectivist idea that what we may do must be sanctioned with permission by the regime: which is the sole arbiter of private action by virtue of authority. The American experiment, with its original laissez-faire firewall separating the public and private spheres of life, had been to entrepreneurship what gasoline is to fire. It unleashed self-interest in a way that optimized human excellence and efficiency and allowed the resulting public coffers to be filled and in turn utilized for the common weal. Therefore, contrary to the Progressive’s deconstructed narrative of political economy, it is the undirected genius of the private sphere which is primary for the Good Life. Free Markets providentially contributed the finances for government programs and institutions that have arisen only as a consequence of a second-order redistribution through moderate taxation and altruistic private largesse.

Of itself, government can do nothing, and the notion that somehow it is the proverbial tail that wags the dog is both philosophically and economically poisonous. The progressive analysis of the State’s inordinate primacy has placed us suspended beneath the Socialist Gordian Knot while dangling over the Abyss of Insolvency. Those who would cast man in the collectivist mold would have us imbibe the weltanschauung of Hegel, which holds that humanity is the evolving construct of history and society in synthesis and that we possess no antecedent natures or morality. Viewed in this light, what we term as rights and duties proceed en utero from the emergence of the state. In America, the Founding Fathers claimed that we were endowed with natural rights and that the genius of our regime lay in distilling them from our thickly drawn ontologies that existed prior to government in an incalculably valuable essence. In the European model, our value is derived from our utility to the State and the collective. Thus, we are the children of such a collective and it is by necessity of the emergent regime that we obtain our identities.

As the mocking refrain: „You didn’t build that” has travelled like lightning throughout the land as a testament to the people’s realization that our overlords have lost touch with the Founders’ vision, how quickly the progressives claim the bounty of an economic powerhouse they did not labor to build. One sees them salivating like vampires over their prey, whom they care for only as a parasite contemplates its host. The progressive construct, in service only to utopian abstraction, has no power of its own to create the wealth it requires to give flesh to its Egalitarian City. Therefore, it must, as a consequence, pander and buy off its political support through the redistributed wealth of others – convincing the equation’s recipients that they are powerless without their black hand of corruption. It is here that we fully understand what instruments government has built of its own necessity; and that what perhaps began its germination in altruism has matured through cynicism into a noxious choking weed of venal compulsion.

The liberal edifice has spared no expense in indoctrinating us to its catechism that the American Dream stands as a direct consequence of pro-active governmental economic manipulations. This is an unqualified lie. If anything, the bulk of its interventionist regulatory powers have of late served only to stifle and warp the economic engine – to strangle prosperity in its cradle by incessant and persistent instrumentalities that are more owing to the patronage of special interests. And so often, these interests fly under the altruistic colors of environmental concerns or the insipid charade of social justice egalitarianism. In the name of compassion, the redistributionist machine has transmogrified their high-minded ideals into a protection and extortion racket with its political operatives serving as „Bag Men:” Princes of the Rake-Off. No, neither Obama and his choreographed cacophony of progressive intellectualoids, nor any of his spiritual forefathers, can claim credit for either the germination or the cultivation of the American Dream and its consequential virtues. But in all fairness, there is something without equivocation that we can lie at their gilded doorsteps: the Crises of the Broken Family and the Bastard Child.

The unqualified disaster of the Great Society in ameliorating poverty is by now a tonic wisdom to be wielded in narratives reserved for those who will in the future study our decline and click their tongues. The lessons they will uncover will be how a society, steeped in unreflective compassion, believed that by shoveling money at what are largely moral problems, they could constrain the source of poverty. Instead, the foolish assumptions of academic altruism served only to institutionalize poverty generationally and to destroy the primary human institution for the rearing of children; and in the bargain, corrupt and taint the moral psychology of its hapless recipients. Having denied the reality of a fixed human nature, Social Science and its skewed understanding of psychology and economics failed to consider one of the most persistent iron laws of economics: what you subsidize you will get more of and what you penalize you will inhibit. Having provided the perverse incentives for economic failure by throwing redistributed cash at the young and foolish, the liberal monstrosity effectively turned nature on its head.

In the dynamics of such a convoluted system, men were reduced to economic fifth wheels: useful only in their capacity as cultural roosters and diminished in their contingent status within female dominated households. The entire unsavory enterprise can be laid at the doorstep of Uncle Sam, who bankrolls this subsidization of upturned nature wherein children became the de facto economic fulcrum by which money comes to the savvy mother. That the explosion of African American illegitimacy in a span of fifty years  surged from the high teens to nearly 75% nationwide and over 90% in urban housing projects is unquestionably a consequence of the crooked incentives of misbegotten compassion. Moreover, the lack of structure and commitment that flows like a draining boil from these broken families has led to the moral indolence and the learned helplessness of men and women who have bought into the wretchedness of psychological servility fostered by a crooked view of existence near the bottom rung. Boys have learned that they are more accoutrements than men: lashing out at their environment’s masqueraded hopelessness in a structure designed to perpetuate need – effectively feeding into a loop where the stunted human horizon yields a self-fulfilling prophecy of quashed potential and dismal outcomes.

What began as the golden gleam in a liberal’s eye has become a chain that has tied generations to the political plantation. Moreover, and more nauseating, is the knowledge that the liberal edifice, knowing the ramifications of its error, has cynically traded altruism for the calculated understanding that a dependant client is a valuable and sure vote. And thus the wheel spins full circle – government becomes complicit in the moral corruption of its citizenry via the desire for the aggregation of political power in perpetuating its own ignoble interests.

It is said that „Success has many fathers, and failure is an orphan.” Obama’s ill-advised comment: „You didn’t build that” carries with it all the statist arrogance and ideological narcissism that has ruined the Social Democracies of Europe, just as they are now drawing America inexorably into a position where we are circling the drain. Human excellence, in economic and human terms throughout history, has always owed its impetus to self-sufficiency, relentless perseverance, fortitude, genius, and the ability to translate initial failures into eventual successes.

Our progressive Princelings, in seeking to whet our appetites for the bounty of another’s toil, are only now discerning the crescendo of unvarnished ire directed at the dark core of their managerial tyranny – whose „benevolent mask” is even now slipping away. What Obama and the Progressives have built is the blueprint for human failure and a descent into national subservience and mediocrity. It is a legacy that not even a blind mother could love, and the sooner we realize that the narcotic that crawls through our veins is a terminal Progressive poison, the sooner we can crush the head of the serpent and his brood that we have so foolishly allowed inside our House. The antidote, however painful or unpalatable, yet lies within our grasp.