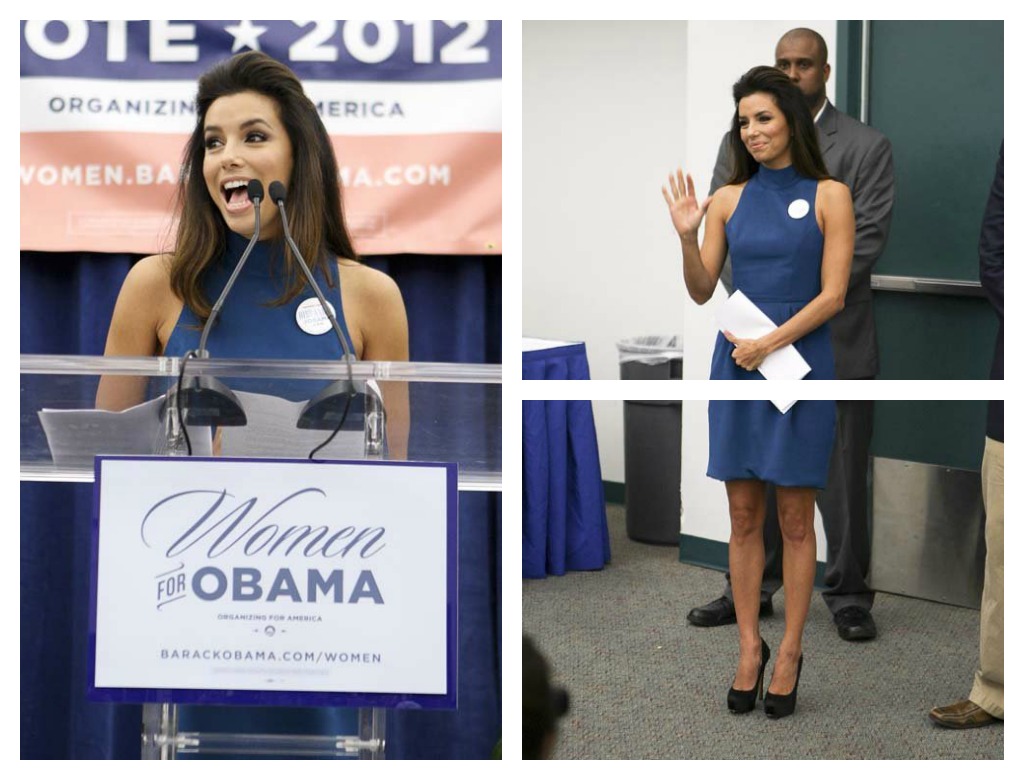 Liberal celebrities want all of the adoration that social media engagement has to offer – but none of the accountability that actual engagement requires. For the Hollywood elite, it’s “do as they say, not as they tweet.” But actress and outspoken Obama campaign co-chair Eva Longoria learned a hard lesson this week on Twitter:

Conservatives online are mad as hell and aren’t taking it anymore.

On Tuesday night after the second presidential debate, Longoria shared a “retweet” from one of her 4.4-plus million followers on the micro-blogging network. “I have no idea why any woman/minority can vote for Romney,” the message read. “You have to be stupid to vote for such a racist/misogynistic tw*t.” (I’m editing the vulgarity for family newspapers, but the tweet’s foul reference to a woman’s reproductive organs was neither censored nor disavowed by Longoria on her Twitter timeline.)

On Wednesday morning, the editors at Twitchy.com, my Twitter curation/aggregation site, captured and saved Longoria’s retweet for posterity. Conservative minorities and women raised their voices. A representative sample:

Wrote Diana Yellow (@navajochic): “I don’t appreciate u call’n me stupid. Ur ignorant, selfish and stupid urself! I’m a Romney/Ryan voter, I’m female and a minority.”

Becky Gonzalez (@nanabec2) tweeted: “You can vote with your lady parts – I’ll vote with my lady smarts. VOTE ROMNEY!!!”

Melissa (@melissaDiva) responded: “So @EvaLongoria b/c I am a woman and support @MittRomney I am stupid? Your comment is disgusting and disrespectful to women. Shame on you.”

Mayelin de Villegas (@mayelinddv) informed the starlet: “I am Hispanic. I am very informed on all issues. Will be voting for Romney and proud to say it.”

After Twitchy.com called attention to the Obama campaign co-chair and “War on Women” propagandist’s backhanded swipe, she tried to cover her tracks by deleting the message. But Twitter and Twitchy are forever. On Thursday morning, the panicked actress launched into damage-control mode – and made matters even worse.

First, she claimed that “twitter (was) bugging out” and asserted that “there are things in my timeline I didn’t retweet today.” Longoria then absurdly assured followers that she was under the social media hood searching for an imaginary glitch: “Standby trying to fix!” The naked attempt to channel disgraced Democratic Rep. Anthony Weiner, who shamelessly blamed a nonexistent hacker for posting lewd photos of himself on Twitter, flopped among tech-savvy Twitter users.

“Blame it on A) The altitude B) The ‘video’ C) Hillary!” joked one reader.

“She inherited all her re-tweets from the previous twitter user,” jibed another.

“She has binders full of excuses,” chimed another.

Writer Derek Hunter mused: “(Y)ou’ve got to find it amusing how @evalongoria is ‘trying to fix’ her twitter like she’s writing code or something.”

Faced with an avalanche of mockery and disbelief, Longoria finally tossed aside her make-believe monkey wrench and ‘fessed up. Well, kinda sorta, in that classic crapweasel politican’s way. She tweeted that she was “(s)orry if people were offended by retweet” and that “I respect all Americans.”

“Sorry if.” Give her the award for Worst Performance by a Self-Destructing Celeb on Social Media. Longoria topped off her faux-pology by explaining that she was merely trying to create “dialogue” and then pivoted faster than an Olympic speed skater by protesting that we should all be talking about “real issues” such as “equal pay, the economy and our health care choices” instead of “tweets.”

Not so fast there, missy. You should know that Longoria is guilty of retweeting at least one other crude message bashing Republicans. Twitchy.com staff noted that on October 11, the night of the vice presidential debate, Longoria retweeted this appalling observation from soap opera star Nancy Lee Grahn: “Biden is making Paul Ryan his prison b****!” Longoria retweeted the offensive prison rape analogy without any censorship or disapproval whatsoever. And on the campaign trail, Longoria has expressed similar views disparaging conservative women. In Colorado this July, she asserted that “there is no way you can vote Republican” if you’re a woman.

The real issue with “dialogue”-seeking Longoria, who refused to answer any of my questions on Twitter, is that she is a phony spokeswoman for American women outside the Hollywood-D.C.-Manhattan bubble. She has unmistakable contempt for women who reject the Obama campaign’s radical “lady parts” identity politics.

It is not a waste of time to respond to Hollywood hatred of conservative women and minorities. It is a waste of the First Amendment to be silent. Longoria, after all, is one of Obama’s highest-profile campaign co-chairs spearheading femme fear-mongering. She and a bevy of other like-minded lib Hollywood actresses (including Kate Walsh, Scarlett Johansson and Kerry Washington) are flooding swing states to woo independent/undecided women who could determine this election. Silence is complicity.

For decades, conservative women and minorities had limited public opportunities to tell the Beautiful People that they didn’t speak for us. The game has changed. The walls have crumbled. The era of one-way political monologues from Tinsel Town hypocrites is over. To borrow language they understand: That’s a wrap. You’ve been schooled.