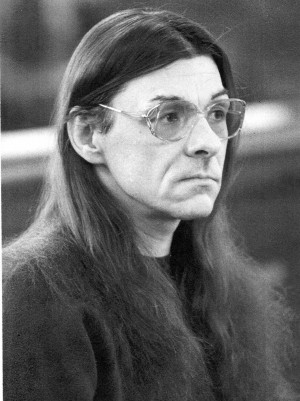 One afternoon in May, 1990, Robert Kosilek murdered his wife, Cheryl. Brutally. He strangled her with piano wire, virtually decapitating her, and left her body in a mall parking lot in a suburb of Boston.

Since his conviction, Kosilek, now 64, has been serving a life sentence at Norfolk, a high-security prison for men. For years Kosilek has been a member of the „sisters,” a particularly violent, sexually deviant subset of the prison population. But in 1993, Kosilek decided to do a complete makeover, changing his name to Michelle, letting his hair grow long, and dressing as a woman in an all-male prison.

Since 2000, when Michelle, diagnosed with a „gender identity disorder,” sued the state for violation of the Eighth Amendment, („cruel and unusual punishments”) he has received female hormone therapy, electrolysis, and psychotherapy. In 2002, U.S. District Judge Mark Wolf, in a 129-page ruling, decreed that Kosilek was entitled to treatment of gender identity disorder, but stopped short of ordering sex-change surgery.

Last fall, however, Judge Wolf, after a decade of legal wrangling – the legal fees exceed $700,000 – decided that Kosilek, according to the Boston Globe, „is entitled to the surgery because it is a medically necessary treatment for her [sic] gender identity disorder.” This surgery, to be paid for by the taxpayers, would cost somewhere in the vicinity of $50,000.

Then, last month, again according to the Globe, Wolf –„looking for any possible willful disobedience”– ordered „the state’s prison chief to swear under oath he is making an earnest effort to find a surgeon willing to perform gender reassignment surgery [on Kosilek],” to sign status reports detailing the search for a surgeon under oath, and to also swear under the pain of perjury that he has personally read Wolf’s seven-page order.”

Interestingly, at about the same time Wolf delivered this order, Dr. Joseph Berger, a prominent Toronto psychiatrist, issued a statement saying that from a medical and scientific perspective there is no such thing as a „transgendered person, that terms such as „gender expression” and „gender identity” are at the very least ambiguous, and are more an emotional appeal than a statement of scientific fact.” (LifeSiteNews.com)

Dr. Berger „stated that people who identify themselves as ‘transgendered’ are psychotic or simply unhappy, and pointed out that hormone therapy and surgery are not appropriate treatments for psychosis or unhappiness.” He added that he was speaking from the scientific perspective, „and not from any political lobbying position.”

People who claim that they are women trapped in a man’s body or men trapped in a woman’s body are suffering from „delusions, psychosis, or emotional unhappiness,” and that any treatment for such conditions should not include surgery.

He explained that „cosmetic surgery will not change the chromosomes of a human being in that it will not make a man become a woman, capable of menstruating, ovulating, and having children, nor will it make a woman become a man, capable of generating sperm that can unite with an egg or ovum from a woman and fertilize that egg to produce a human child.”

He continues, „The so-called ‘confusion’ about their sexuality that a teenager or adult has is purely psychological. As a psychiatrist, I see no reason for people who identify themselves in these ways to have any rights or privileges different from everyone else….”

Possibly the best-known adversary of sex-change surgery is Dr. Paul McHugh, psychiatrist-in-chief at Johns Hopkins, who shut down the gender-identity clinic at Johns Hopkins in 1979. Dr. McHugh is a proponent of „autogynephilia,” explaining, in his book The Mind Has Mountains:

The „transgender” activists (now often allied with gay liberation movements) still argue that their members are entitled to whatever surgery they want, and they still claim that their sexual dysphoria represents a true conception of their sexual identity. They have made some protests against the diagnosis of autogynephilia as a mechanism to generate demands for sex-change operations, but they have offered little evidence to refute the diagnosis. Psychiatrists are taking better sexual histories from those requesting sex-change surgery and are discovering more examples of this strange male exhibitionist proclivity. (P. 227)

In one of his articles, „Surgical Sex,” Dr. McHugh details how he and a colleague, Dr. Jon Meyer, studied the issue: „…I wanted to test the claim that men who had undergone sex-change surgery found resolution for their many general psychological problems:

We saw the results as demonstrating that just as these men enjoyed cross-dressing as women before the operation, so they enjoyed cross-living after it. But they were no better in their psychological integration or any easier to live with. With these facts in hand I concluded that Hopkins was fundamentally cooperating with a mental illness. We psychiatrists, I thought, would do better to concentrate on trying to fix their minds and not their genitalia.

Interestingly, Dr. McHugh makes the same observation that we laypeople make at such events as „gay pride” parades: „The post-surgical subjects struck me as caricatures of women,” confirming „once again that to provide a surgical alteration to the body of these unfortunate people was to collaborate with a mental disorder rather than to treat it.” It need hardly be noted that of course Dr. McHugh finds himself the object of angry invective „to the effect that in making such judgments I was drawing on sexual stereotypes.”

As it stands now in Massachusetts, the Department of Corrections remains unconvinced that killer Kosilek must have sex-change surgery, and even Governor Deval Patrick says, according to the Boston Herald, that there is „a very strong argument” that Judge Wolf ruled incorrectly and that „the administration has decided to appeal the ruling.”