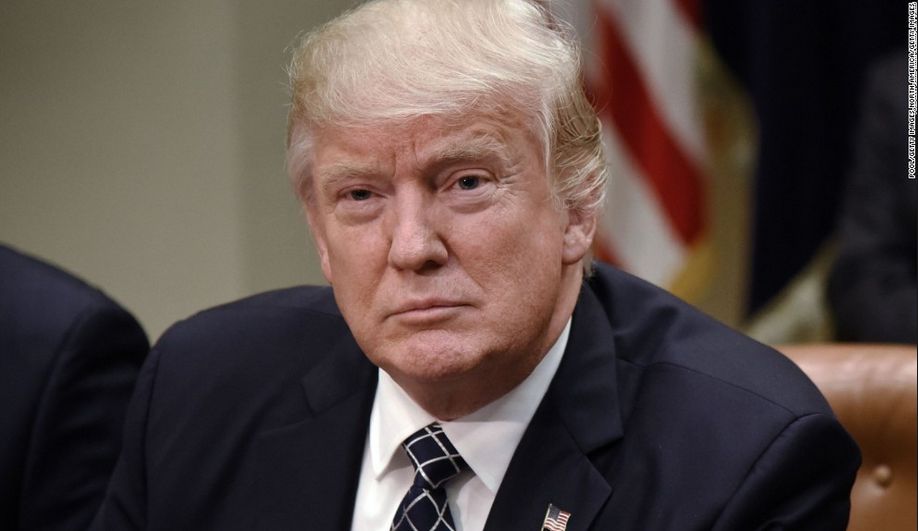 ”I also want to thank all of the dedicated professionals — military, civilian and law enforcement — who devote their lives to serving our nation.

In particular, I want to recognize General Dunford and the members of the Joint Chiefs of Staff.

Let me begin by expressing our deepest sympathies and most heartfelt prayers for the victims of the train derailment in Washington state. We are closely monitoring the situation, and coordinating with local authorities. It is all the more reason why we must start immediately fixing the infrastructure of the United States.

We’re here today to discuss matters of vital importance to us all: America’s security, prosperity and standing in the world. I want to talk about where we’ve been, where we are now and, finally, our strategy for where we are going in the years ahead.

Over the past 11 months, I have traveled tens of thousands of miles to visit 13 countries. I have met with more than 100 world leaders. I have carried America’s message to a grand hall in Saudi Arabia, a great square in Warsaw, to the General Assembly of the United Nations, and to the seat of democracy on the Korean Peninsula. Everywhere I traveled, it was my highest privilege and greatest honor to represent the American people.

Throughout our history, the American people have always been the true source of American greatness. Our people have promoted our culture and promoted our values. Americans have fought and sacrificed on the battlefields all over the world. We have liberated captive nations, transformed former enemies into the best of friends, and lifted entire regions of the planet from poverty to prosperity. Because of our people, America has been among the greatest forces for peace and justice in the history of the world. The American people are generous. You are determined, you are brave, you are strong, and you are wise. When the American people speak, all of us should listen.

And just over one year ago, you spoke loud and you spoke clear. On November 8th, 2016, you voted to make America great again.

You embraced new leadership and very new strategies, and also, a glorious, new hope. That is why we are here today.TRUMP: But to seize the opportunities of the future, we must first understand the failures of the past.

For many years, our citizens watched as Washington politicians presided over one disappointment after another; too many of our leaders — so many — who forgot whose voices they were to respect, and whose interest they were supposed to defend.

Our leaders in Washington negotiated disastrous trade deals that brought massive profits to many foreign nations, but sent thousands of American factories and millions of American jobs to those other countries.

Our leaders engaged in nation-building abroad, while they failed to build up and replenish our nation at home.

They undercut and short-changed our men and women in uniform, with inadequate resources, unstable funding and unclear missions. They failed to insist that our often very wealthy allies pay their fair share for defense, putting a massive and unfair burden on the U.S. taxpayer and our great U.S. military.

They neglected a nuclear menace in North Korea, made a disastrous, weak and incomprehensibly bad deal with Iran, and allowed terrorists such as ISIS to gain control of vast parts of territory all across the Middle East.

They put American energy under lock and key. They imposed punishing regulations and crippling taxes. They surrendered our sovereignty to foreign bureaucrats in far away and distant capitals.

And over the profound objections of the American people, our politicians left our borders wide open. Millions of immigrants entered illegally, millions more were admitted into our country without the proper vetting needed to protect our security and our economy. Leaders in Washington imposed on the country an immigration policy that Americans never voted for, never asked for, and never approved; a policy where the wrong people are allowed into our country and the right people are rejected.

American citizens, as usual, have been left to bear the cost and to pick up the tab.

But last year all of that began to change. The American people rejected the failures of the past.

You rediscovered your voice and reclaimed ownership of this nation and its destiny.

On January 20th, 2017, I stood on the steps of the Capitol to herald the day the people became the rulers of their nation again.

Upon my inauguration, I announced that the United States would return to a simple principle: The first duty of our government is to serve its citizens, many of whom have been forgotten. But they are not forgotten anymore.

With every decision and every action, we are now putting America first. We are rebuilding our nation, our confidence and our standing in the world.

We have moved swiftly to confront our challenges. And we have confronted them head on.

We are once again investing in our defense — almost $700 billion; a record this coming year.

We are demanding extraordinary strength, which will hopefully lead to long and extraordinary peace. We are giving our courageous military men and women the support they need, and so dearly deserve.

We have withdrawn the United States from job-killing deals, such as the Trans-Pacific Partnership and the very expensive and unfair Paris climate accord. And on our trip to Asia last month, I announced that we will no longer tolerate trading abuse.

We have established strict new vetting procedures to keep terrorists out of the United States, and our vetting is getting tougher each month.

To counter Iran and block its path to a nuclear weapon, I sanctioned the Islamic Revolutionary Guard Corps for its support of terrorism, and I declined to certify the Iran deal to Congress.

Following my trip to the Middle East, the Gulf States and other Muslim-majority nations joined together to fight radical Islamist ideology and terrorist financing.

We have dealt ISIS one devastating defeat after another. The coalition to defeat ISIS has now recaptured almost 100 percent of the land once held by these terrorists in Iraq and in Syria. Great job.

We have a great military.

We’re now chasing them wherever they flee. And we will not let them into the United States.

In Afghanistan, our troops are no longer undermined by artificial timelines. And we no longer tell our enemies of our plans. We are beginning to see results on the battlefield.

And we have made clear to Pakistan that while we desire continued partnership, we must see decisive action against terrorist groups operating on their territory. And we make massive payments every year to Pakistan. They have to help.

Our efforts to strengthen the NATO alliance set the stage for significant increases in member contributions with tens of billions of dollars more pouring in, because I would not allow member states to be delinquent in the payment while we guarantee their safety and are willing to fight wars for them.TRUMP: We have made clear that countries that are immensely wealthy should reimburse the United States for the cost of defending them. This is a major departure from the past, but a fair and necessary one: necessary for our country, necessary for our taxpayer, necessary for our own thought process.

Our campaign of maximum pressure on the North Korean regime has resulted in the toughest ever sanctions. We have united our allies in an unprecedented effort to isolate North Korea. However, there is much more work to do.

America and its allies will take all necessary steps to achieve a denuclearization and ensure that this regime cannot threaten the world.

This situation should have been taken care of long before I got into office, when it was much easier to handle. But it will be taken care of. We have no choice.

At home, we’re keeping our promises and liberating the American economy. We have created more than 2 million jobs since the election. Unemployment is at a 17-year low. The stock market is at an all-time high and just a little while ago hit yet another all-time high; the 85th time since my election.

We have cut 22 regulations for every one new regulation, the most in the history of our country. We have unlocked America’s vast energy resources as the whirls (sic) watches. And the world is indeed watching.

We are days away from passing historic tax cuts for American families and businesses. It will be the biggest tax cut and tax reform in the history of our country.

And we are seeing the response we fully expected. Economic growth has topped 3 percent for two quarters in a row. GDP growth, which is way ahead of schedule under my administration, will be one of America’s truly greatest weapons. Optimism has surged. Confidence has returned.

With this new confidence, we are also bringing back clarity to our thinking. We are reasserting these fundamental truths.

A nation without borders is not a nation.

Today, grounded in these truths, we are presenting to the world our new national security strategy.

Based on my direction, this document has been in development for over a year. It has the endorsement of my entire Cabinet.

Our new strategy is based on a principle, realism (ph), guided by our vital, national interests and rooted in our timeless values.

This strategy recognizes that, whether we like it or not, we are engaged in a new era of competition.

We accept that vigorous military, economic and political contests are now playing out all around the world. We face rogue regimes that threaten the United States and our allies. We face terrorist organizations, transnational criminal networks and others who spread violence and evil around the globe.

We also face rival powers, Russia and China, that seek to challenge American influence, values and wealth. We will attempt to build a great partnership with those and other countries, but in a manner that always protects our national interest.

As an example, yesterday I received a call from President Putin of Russia thanking our country for the intelligence that our CIA was able to provide them concerning a major terrorist attack planned in St. Petersburg, where many people, perhaps in the thousands, could have been killed. 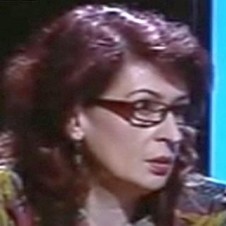