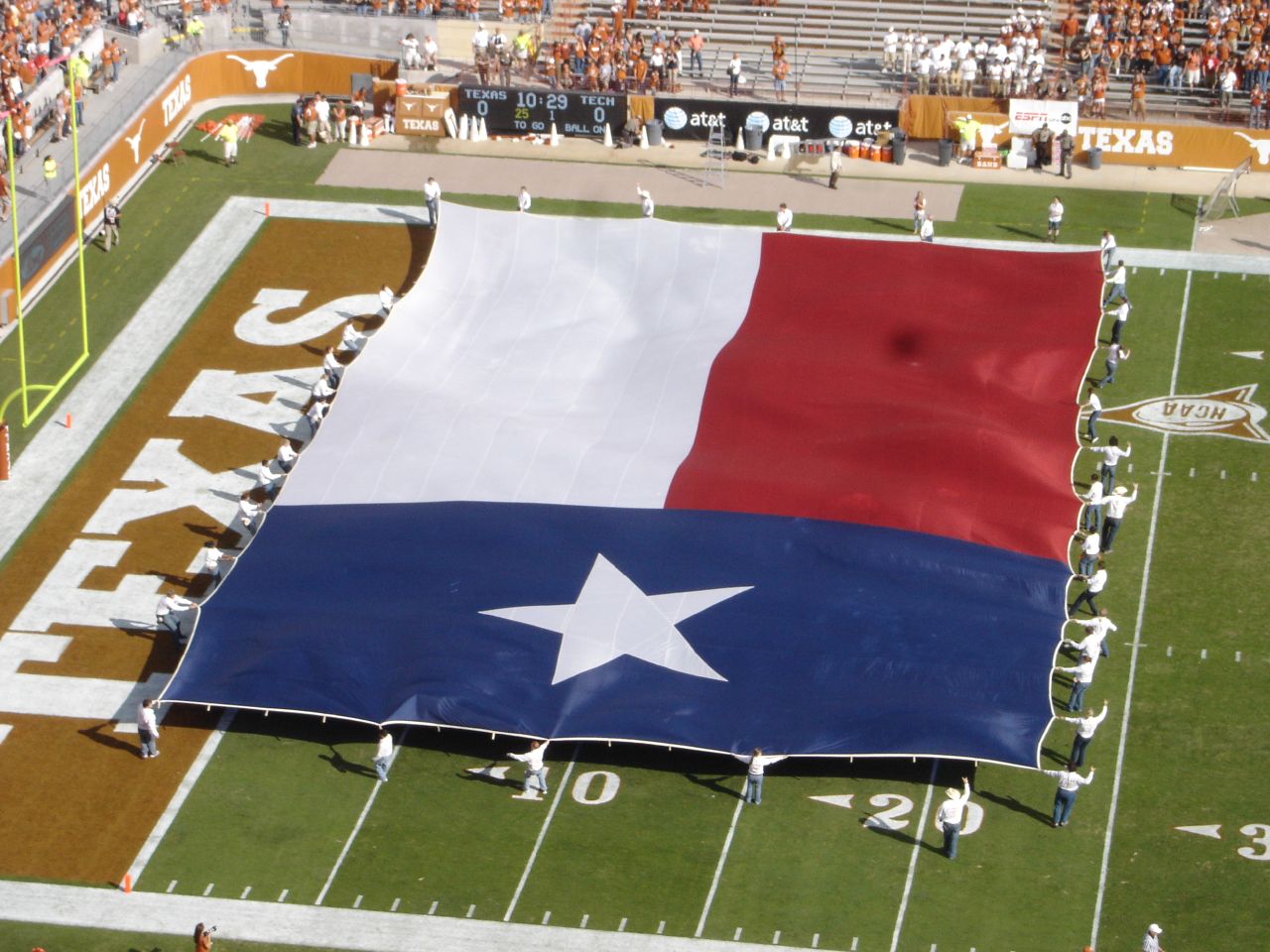 In 1960, Nixon beat Kennedy in California following up on Eisenhower’s decisive wins over Adlai Stevenson. Nixon won California again in 1968, beating out Humphrey, and then McGovern in 1972. Ford held on to California in 1976, Reagan won it decisively in two elections and Bush held on to it against Dukakis.

All that ended in 1992. No Republican has won California since.

With the largest number of electoral votes in the country, California played a decisive role in Republican presidential victories.  Texas, with the second largest number of electoral votes, a state which leaned Democrat around the same time that California learned Republican, has become the ace in the hole. And if the Democrats can turn Texas blue, then it may be a long time until we see a Republican in the White House.

Jimmy Carter was the last Democrat to win Texas and he was the Democrat who lost Texas. But today’s Democrats are hoping that Hillary Clinton can win Texas back.

On paper Texas does not seem very shaky. Mitt Romney, a Massachusetts moderate, pulled in better numbers than McCain and nearly matched George W. Bush’s numbers in 2000. Romney performed even better than Ronald Reagan did when he first took Texas in 1980. That alone is a sign of how red Texas has gotten in the last thirty years.

Battleground Texas is the new Democratic strategy for doing to the Lone Star State what General Santa Anna tried to do in his time. Their strategy depends on heavy doses of voter registration and community organizing. The two are largely interconnected in urban areas where the Democratic Party’s political machine links together social services, community groups and bloc votes.

In 2012, that machine took a great leap forward by merging community organizer tactics with dot com data mining operations and corporate email lists for a technocratic community organizing machine. With both sides crediting voter turnout and smart data for the win, the Democratic Party is feeling bold enough to head on into Texas.

Battleground Texas may be bravado, a feint to put the Republican Party on the defensive and get it to commit valuable resources to fighting for its formerly safe territories, but it may also be the real deal as a Democratic Party convinced that it can name its own price and do anything with a bunch of emails and a lot of PACs sets the stage for the next Alamo.

Jeremy Bird, Obama’s national campaign field director, who scored big with voter registration in western swing states like Colorado and Nevada, is hoping to help Battleground Texas do the same thing. But Battleground Texas’s actual executive director is Jenn Brown, an Obama campaign veteran, without much local experience, and while its digital director, Christina Gomez, does have that experience, its digital footprint is underwhelming, from its sloppy website to its chummy insider Twitter accounts.

Battleground Texas is mainly talking about itself and its plans for making Texas blue. That may feed the dreams of its New York and California donors, but there’s little there to appeal to non-partisan Texans. Battleground Texas has the usual spin about racial underrepresentation and voting rights indicating that its only real strategy is the race card. And while the race card has yet to wear out, expecting it to tilt Texas over in time for 2016 may be unrealistic.

While Bird promises that he can turn Texas into another Virginia, Texas is a very different place than Virginia. Battleground Texas smacks of an elitist national attempt to bypass the Texas Democratic Party with a lot of college students and not a whole lot of knowledge of the battleground territory. Unlike the old Obama organization which did its dirty work without constantly boasting about it, Battleground Texas has a borrowed ten-gallon hat full of bravado and not a whole lot of cattle, people or anything else to show for it.

Is Battleground Texas overreaching with its plans to spend tens of millions of dollars for a long shot plan to shift Texas? Tellingly Bird is counting on California and New York donors to buy into his plan to turn Texas blue. Texas doesn’t have a shortage of rich Democrats willing to plow money into the party. One of them is financing the Giffords gun control PAC. And yet Bird seems to think that not enough Texas donors will be willing to help Battleground Texas cover its grandiose budget. And that may be because even Texas liberals know that a grand project for the state this decade will be wasted money and effort.

Romney won Texas by 1.2 million votes. Those are formidable numbers and countering them will take big budgets and armies of volunteers that will have to go well outside their Austin comfort zones. Obama picked up Austin’s Travis County, Dallas County, Houston’s Harris County and El Paso County. Voter registration could no doubt find new voters there or duplicate voters, as the Dem machine has a way of doing, but it’s not as if the machine hasn’t already done a pretty thorough job of finding Dem voters in Houston, Austin and Dallas.

While the Democratic Party may be betting that forcing the GOP to fight for Texas will divert their resources, an extensive Democratic engagement with Texas may divert theirs even more. Battleground Texas offers a big dream to lure bicoastal billionaires into splurging money that Democrats could use to win actual battleground states.

A Democratic struggle for Texas backed by big money and bigger ambitions may be another case of fighting a land war in Asia or more aptly, the Blitzkrieg into Russia, with some initially deceptive successes leading to wasted resources and national defeat.

2 Comments → The Left’s Quest for Texas